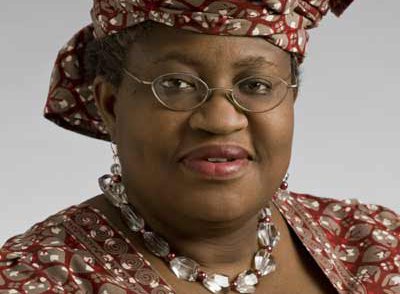 “In his citation, Mr. Dangote is referred as “Africa’s richest man who does good, in addition to doing well.”

The Minister of Finance, Ngozi Okonjo-Iweala, along with the President, Dangote Group, Aliko Dangote, were on Thursday named by Time Magazine among the world’s 100 most influential people for 2014.

Recognitions by the influential magazine were for persons grouped in five categories, including Titans, Pioneers, Artists, Leaders and Icons.

Mrs. Okonjo-Iweala, who is also the Coordinating Minister for the Economy, was recognised as one of the 100 influential leaders. Others recognized in this category include U.S. President, Barack Obama; U.S. Secretary of State, John Kerry; the Russian President, Vladimir Putin; German Chancellor, Angela Merkel; the President of the People’s Republic of China, Xi Jinping, and General Motors Chief Executive Officer, Mary Barra.

A brief citation on the Minister, which referred to her as the “Guardian of Nigeria’s profile funds”, said Mrs. Okonjo-Iweala’s influence was first noticed when in 2005, as Nigeria’s Minister of Finance, she was campaigning for Nigeria’s debt relief.

The deal involved about $18 billion of $35 billion debts to various multilateral financial institutions written off, while the country bought back a chunk of the outstanding loans. About $31 billion of the debt was owed to members of the 19-nation-strong Paris Club.

Though the citation said the achievement made her become a legend, it highlighted the fact that she got one of the toughest jobs on earth to do, namely: how to ensure that the tens of billions of dollars earned each year in oil receipts by Nigeria went into productive usage, like agriculture, infrastructure, health and education.

“Ngozi has made corruption her enemy and stability her goal. She is fiercely intelligent, everyone wants her to work with them,” the magazine said.

Mr. Dangote was recognized in the categories of the Titans, along with American singer and actress, Beyonce; Chinese entrepreneur, who founded Tencent Inc., one of the largest internet companies in China, Pony Ma; former United States Secretary of State, Senator, and former First Lady of the United States, Hillary Clinton; and ace woman tennis star, Serena Williams.

In his citation, Mr. Dangote is referred as “Africa’s richest man who does good, in addition to doing well.”

The magazine described Mr. Dangote as “a leader constantly in search of ways to bridge the gap between private business and public health.”