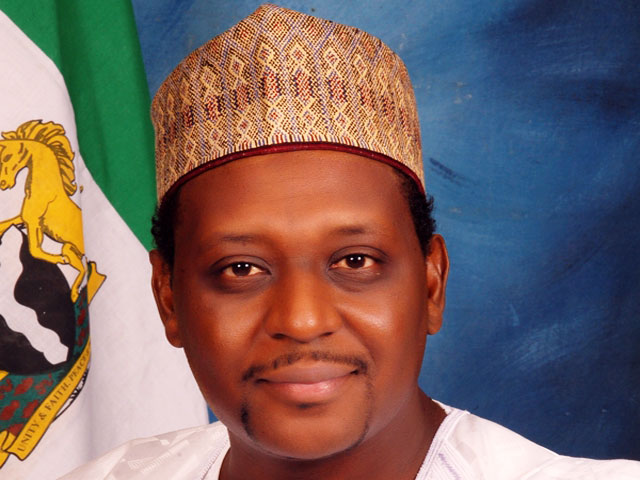 Muhammad Ali Pate on Primary Health Care reforms, the fight against Polio, and the new generation of innovative players emerging in Nigerian healthcare.

Muhammad Ali Pate was Nigeria’s Minister of State for Health, and Chairman of the Presidential Task Force on Polio Eradication, until July 2013, when he resigned to take up an appointment as a Professor at the Duke University’s Global Health Institute. Before his appointment as Minister in 2011 he was, from 2008, Executive Director of Nigeria’s National Primary Health Care Development Agency.

Of him, Bill Gates, in 2011, said, “One of the polio leaders I respect most is Dr. Muhammad Pate, who directs Nigeria’s national eradication effort. […] Muhammad Pate [has] demonstrated that the best leaders can overcome the worst circumstances.”

Tolu Ogunlesi interviewed him at the Economist’s Nigeria Summit in March 2014.

What governance reforms do you think Nigeria needs but haven’t been implemented? What would you like to see in place?

The Primary Health Care Under One Roof policy that we passed at the National Council of Health a few years ago actually offers the best opportunity for states to have a much more active hands-on control over delivery of Primary Health Care services, bringing in the human resources and also the investments to improve the delivery of Primary Health Care at the front-lines. That is critical. Most states and Local Governments have joint accounts, so local governments don’t have the money to [buy] vaccines, or recruit the right kinds of human resources or train or incentivize them, or [buy] basic equipment. The consequence of that is that everything falls back to the hospitals and the Federal Government.

Amidst recession, Buhari to spend highest amount on Presidential Villa since assuming office

I think if the Primary Health Care Under One Roof policy were to be uniformly applied by all state governments and the fiscal space for health is improved at the subnational level, then the delivery of Primary Health Care on the supply side will get a lot better.

What is that Primary Health Care Under One Roof Policy?

Why is Nigeria one of the few remaining countries in the world still struggling with polio? What role is religion playing in this?

Five years ago, there were 27 states of Nigeria that had polio. We used to have thousands of cases a year, so Nigeria has made progress given that it has interrupted Type-3 polio. For almost 18 months we’ve not had a case of Type 3. Even Type-1, there’s only been one case this year (2014), which is a lot of progress. So in the global context when we’re talking of polio
Nigeria is no longer the issue. A few years ago, Nigeria was the issue.
When you look at population immunity, from almost 42 per cent in 2008, by the end of 2013 it was almost getting to ninety-something per cent. So polio has been localized, there are only pockets of the country that continue to transmit, and even in those pockets we’ve only had one case in 2014; which means that Nigeria can interrupt even Type-1 polio by the end of 2014.

But all the effort that has been put in over the last several years has to be sustained for that to happen because reversals would not be anything anyone would want at the global level or the national level.

When India was struggling to do this, people thought maybe the vaccine was not efficacious because of the frequency of diarrheal diseases, but that turned out to be not the case. Now in Nigeria are there those factors that have to do with the nature of the interaction between the virus and the population? I don’t think there’s evidence to support that. There was misinformation, which has been cleared and that’s why people are now bringing their children, that’s why the progress that we’ve made is actually real.

Of course there are Christian and Muslim countries that have been polio-free for a very long time, so it’s not about religion. It’s about delivery of public health programmes in an effective manner, and ensuring accountability,
What we did with the Presidential Task Force was to restore accountability within the system, meaning that we had good information, and we used that good information to make decisions, to hold people accountable where things were going right and where things were not going right.

Why at the moment are we not seeing any substantial private investment in healthcare in Nigeria, targeting the 1 billion dollars you’ve said is going into medical tourism annually?

A year and a half ago – in 2012 – when this conversation started, it was a turning point, and since then I think there’s been interest shown more so than in the past. The environment is imperfect, but from the conversations we’re hearing even the domestic private health sector is beginning to look at how to improve the game such that they retain some of these revenues going abroad. Why would you allow a private provider in India deliver services that a private provider in Lagos or Abuja can provide?

So the argument is that there are things governments that can do on the policy and regulatory side, and also things that the markets can do in terms of providing access to capital.

We have had some private equity funds targeting health, so I think that tells you that there’s good response. The private health sector has to organize itself; the [current] fragmentation means that lots of people are small-scale, solo providers. They may not be able to raise or utilize the capital that will be required to improve on their infrastructure, buy the large equipment, but if they come together as groups they might be able to do something. But that’s not something that government will force on them.

But at the end of it all I have a lot of confidence in the Nigerian spirit, and that a generation of Nigerian players is coming to the stage. We’ve seen it with the Private Sector Health Alliance, with the Innovation Marketplace, with the young people that are coming out to contribute. I think [there’s an energy that] can be unleashed. It has not yet been unleashed but I think we’ve started, and I hope that will be sustained.