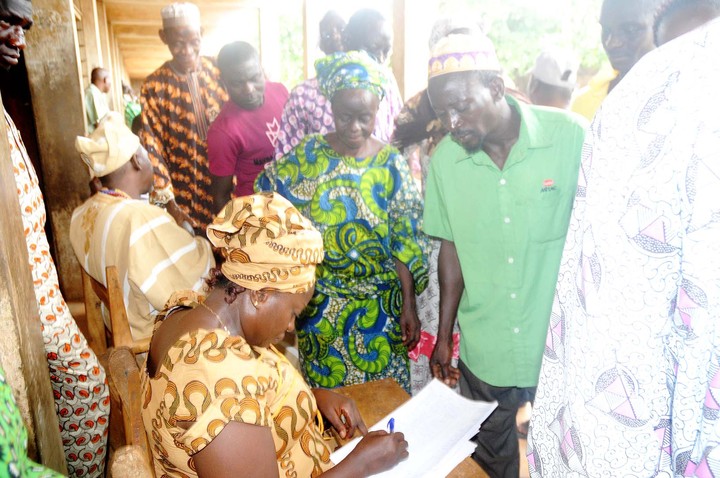 Violence marred the polls in some areas.

The All Progressives Congress, APC, said Sunday it would investigate cases of irregularities recorded during Friday’s ward congress across the 171 wards in Ebonyi.

This is contained in a release signed by Mr Sunny Onyeukwu, Secretary to APC National Congress Committee in Ebonyi.

According to the statement, the party will punish those found guilty of indulging in irregularities, in line with relevant provisions of the guidelines governing the conduct of the party’s ward congresses.

“Candidates, who may feel short-changed in the process, are urged to articulate their grievances and forward same to the Appeal Committee for adjudication and redress.

“We are confident that those with genuine complaints will obtain justice as the party affirms its commitment to transparency and fair play during its congresses,” the statement read.

The statement noted that the committee had commenced the collation of the ward congress results which would soon be made public.

“We will be guided by the sacred principle of integrity, honour and respect for the popular vote, as the residence of ultimate sovereignty in a democracy,” it stated.

It commended all those who participated in the exercise and hailed the healthy competitive spirit among the candidates, while saluting their unflinching faith in the party.

“We enjoin those who may eventually emerge victorious in the congress to be magnanimous in victory and embrace their brothers and sisters who lost.

“We should remember at all times that we are members of one family and as such embrace the enduring attributes of love, forgiveness and unanimity of purpose.

Violence marred the conduct of the congress in Ezza South and Onicha Local Government Areas while Ezza North, Abakaliki, among others recorded peaceful conduct.