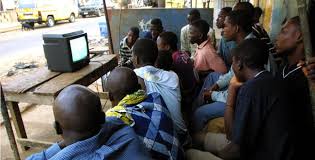 The Police confirmed the attack.

Gunmen suspected to be members of the Boko Haram stormed a football viewing centre on Wednesday night, killing one person.

The police in Yobe confirmed that the gunmen stormed the viewing centre in Potiskum Town of Yobe during the UEFA Champions League clash between Manchester United and Bayern Munich.

Six other viewers were also injured in the attack.

Sanusi Rufai, the Yobe Commissioner of Police, confirmed the incident on Thursday in an interview with the News Agency of Nigeria.

He said that the gunmen stormed the centre while the fans were watching a match between Manchester United and Bayern Munich, and started shooting.

The commissioner said the corpse of the deceased had been deposited at the General Hospital, Potiskum, while those injured were receiving treatment at the hospital.

Mr. Rufai said security men had been mobilised to search for the attackers.

Yobe is one of the three states under emergency rule due to the terrorist activities of the Boko Haram group.

The insurgents, in one of the recently released videos by its leader, Abubakar Shekau, threatened to attack such viewing centres and schools.

Over 1,500 people have been killed in Boko Haram related attacks in 2014 alone, according to Amnesty International.