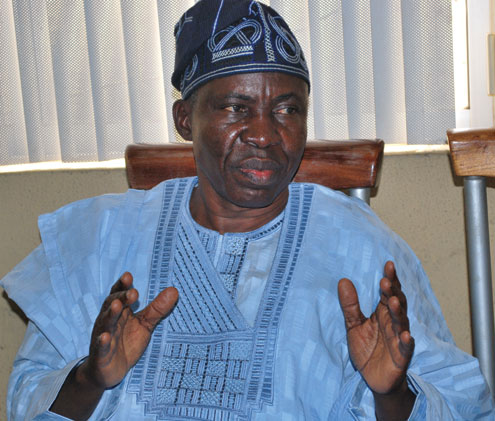 Some members of the APC alleged election irregularities in the just concluded congress that held in Ogun.

Forty-Eight hours after the conclusion of ward congresses of the All Progressives Congress, APC, in Ogun State, there has been pockets of protest from party members alleging manipulation of results.

Party members in Sagamu embarked on a protest on Monday. They stormed the office of the Commissioner for Local Government located within the Governor’s office, in Abeokuta to fault and challenge the results.

The aggrieved protesters accused the local government chairperson, Funmilayo Efuwape, of manipulating the congress results in her favour.

The protesters also threatened the chairman of the council not to resume in office or risk being attacked.

However, the Commissioner for Local Government and Chieftaincy, Muyiwa Oladipo, came to the rescue of the council boss as he temporarily doused tension and appealed to the protesters.

Speaking with journalists after the protest, the commissioner explained that the results of the wards in the council were being harmonised, adding that there was no serious problem in the council.

In a related development, a Senator, Gbenga Kaka, representing Ogun East, has written a protest letter to the State Congress Committee, accusing the committee of breaching the guideline.

Mr. Kaka, who is a leader of caucus of Ogun State lawmakers at the National Assembly, alleged that in some local governments, aspirants not qualified to contest participated in the congress.

“In some local governments, it was observed that some types of forms were shared without evidence of payment and a prepared list was read without allowing for harmonization nor recognising the need for eligible aspirants with proof of payment of the stipulated fees to contest”.

“In virtually all the wards in the state, we have the reports of parallel congresses being held by members who did not have bank tellers or proof of payment into the party’s designated banks”, the
caucus protested.

The Chairman of the State Congress Committee, Ope Salami, in his reaction described the allegation as false, saying the committee was in possession of atrocities perpetrated by a faction of the party.

Mr. Salami also faulted the allegation that members of the committee have been bribed, challenging anybody who has proof to come out with it.