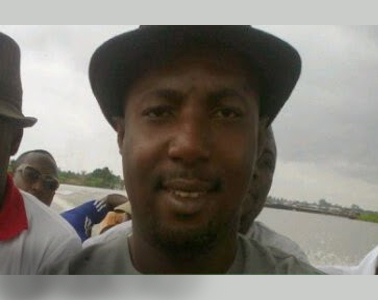 The group alleged that a N500 million ransom paid.

The Movement for the Emancipation of the Niger Delta, MEND, on Monday accused Ebikeme Clark, son of Ijaw leader, Edwin Clark, of masterminding his own kidnap.

His father, Mr. Clark, received news of Ebikeme’s kidnap on the floor of the National Conference not long after Mr. Clark made a moving speech that attracted applause from the other delegates.

Mr. Clark is a delegate at the conference from the elder statesmen category.

According to a statement issued by the Police Public Relations Officer in Delta, Celestina Kalu, Ebikeme was freed on Sunday.

Mrs. Kalu confirmed that no ransom was paid to secure the release of the victim. She added that a suspect was arrested in connection with the crime.

Shortly after he regained his freedom, Ebikeme told the News Agency of Nigeria that he could not explain how he was kidnapped.

“I cannot explain how it happened, but it was unpleasant. I was released by the grace of God. I was taken to an unknown destination in the creek,’’ he said.

However, MEND has alleged that Ebikeme colluded with the Delta State Police Command to fool Nigerians. The group also claimed that N500 million ransom was paid by the Delta State Government to fund the cleverly orchestrated kidnap.

MEND said the ransom, which was paid from the security votes of the Delta State Government, was later shared among all those who participated in the scam.

In a statement issued by its spokesperson, Jomo Gbomo, MEND said, it has confirmed that “the kidnap of Mr. Ebikeme Clark, the son of Chief E.K Clark, was actually a cleverly orchestrated fraud masterminded by Ebikeme. A ransom of N500Million was paid by the Delta State Government from its security vote and was shared amongst all those involved in this scam.

“Mr. Ebikeme is following in the footsteps of his father where the Senior Clark is amongst those that hatched the fraudulent Niger Delta Amnesty Programme which has only made billionaires of a few thugs and him, at the detriment of millions of impoverished indigenes and the peace and security in the region.”

MEND said it was unfortunate that the Delta State Police Command “colluded with other unscrupulous persons to deceive Nigerians by stage-managing a kidnap.”

It said the ‘phantom’ kidnap was arranged by the victim in a desperate bid for relevance and the need for extra funds to maintain his private jet.

“It is rather unfortunate that in a desperate bid for relevance and extra funds to maintain a private jet, certain unscrupulous persons, including the Delta State Police will conspire to deceive Nigerians with a phantom abduction, release of the so-called hostage, influence over kidnappers and arrest of suspects and denying the payment of a ransom which has already been shared,” MEND stated.