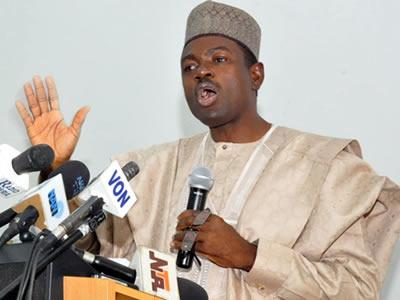 “Every country calibrates its own GDP data regularly to show the progress made, or challenges in their economy,” the minister said.

The Federal Government has said that it is ready to announce the figures of the newly rebased Nigeria’s Gross Domestic Product, GDP on Sunday.

The new rebased GDP is expected to receive boost from recent growth indices in the telecoms sector, Information Technology and the Nollywood, which in the last fifteen years, have witnessed phenomenal increases in their contributions to the economy.

Financial Analysts are currently projecting Nigeria’s GDP based on a current nominal GDP of about $305 billion, to be boosted by 40 to 60 per cent, to surpass that of South Africa, which currently stands at $350 billion.

The Information Minister, Labaran Maku, said this on Wednesday at the end of the weekly meeting of the Executive Council of the Federation, FEC, which was presided over by the Vice President, Namadi Sambo as President Goodluck Jonathan is currently attending the Fourth European Union/African Union Summit in Brussels, as the head of Nigeria’s delegation.

Mr. Maku stated that the Minister of Finance, Ngozi Okonjo-Iweala, told the Council that Nigeria was now ready to rebase its GDP after more than one year of hard work by the Finance and National Planning Ministries.

Mr. Maku noted that the last time Nigeria issued new statistics and GDP figures was about 15 years ago.

“Every country calibrates its own GDP data regularly to show the progress made, or challenges in their economy,” the minister said.

Mr. Maku said for the first time in 15 years, the country would know scientifically what the new GDP figures are, the contributions of every sectors to the economy, and the sectors that recorded the most progress or the ones lagging behind.

He also said from the figures to be released, the nation would know the economic sectors that emerged in the last 10 years that have not been captured properly in the last GDP figures.

Citing the example of the telecoms sector, which emerged in the year 2000, the Minister said with the new rebased GDP, the country would now know its contribution to the Nigerian economy and GDP growth.

He also identified the Nollywood industry as another huge sector that has blossomed, particularly in the last 10 years making significant contributions to job creation.

“The importance of rebasing the GDP is to ensure that after every five years every nation wants to know how much progress the GDP has made, what the contributions of each sector is and the
challenges they face, particularly which sectors are moving forward, and which ones are lagging behind,” he said.

Mr. Maku expressed optimism that when the new figures are released, government would be able to analyse the growth of the economy sector by sector.

This, he noted, would help improve the country’s budgetary and national planning, to determine which sectors needed additional attention by government.

Mr. Maku said the new figures would help government know what to do to keep thriving sectors alive.

No Ebola fever in Nigeria – Maku