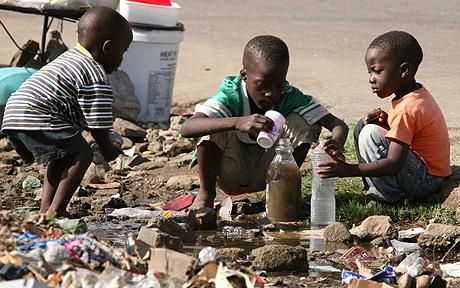 Millions of children are at risk of under-development of their physical, emotional, and intellectual well being.

The future of Africa seems hazy as two in five children are currently affected by stunting, the under-development of the physical and mental well-being of a child.

This was made known by a Non-Government Organisation, NGO, Save the Children, in a statement.
An estimated 11.7 million more will be affected by 2025 if nothing is done to check the situation, Jasmine Whitbread, the Chief Executive Officer of Save the Children International, said.

“In Africa, two in five children are affected by stunting, the permanent effect of malnutrition, on the mental and physical development of a child.

“An estimated 11.7 million more will be affected by 2025 at current rates. That is millions of children whose physical, emotional, and intellectual development is at risk,” the statement said.

Mr. Whitbread said stunting could lead to fatal health complications that burdens national healthcare systems as it reduces productivity and stops many children from finishing their education annually.

The statement noted that adults, who were malnourished as children, typically earned at least 20 per cent less on average than those who were not.

“‘This is also a global economic disaster, addressing stunting is not only crucial for each of these children but makes firm economic sense,” Ms. Whitbread said in the statement.

Globally, an estimated two to three per cent of national income in a country is lost every year due to malnutrition. Stunting not only affects health and education but also undermines economic growth, Save the Children International said.

The statement explained that if leaders should scale up nutritional interventions by $10 billion to $12 billion a year, it would save two million lives globally.

“The sustained development of Africa’s economies is dependent on the potential of Africa’s citizens.

“A whole generation of leaders, teachers and business owners is at risk without a commitment to addressing child stunting and malnutrition quickly and effectively.”

Save the Children International said there are cost-effective ways to reduce malnutrition that leads to child stunting.

It listed the cost effective measures as direct interventions to nutrition, protecting vulnerable families from poverty and ensuring that the right food were available.

“Currently, the direct cost of child malnutrition is estimated to be between 20 and 30 billion Dollars a year.
“With the cooperation of national governments and international partners this is not only possible but must be done,” it said.