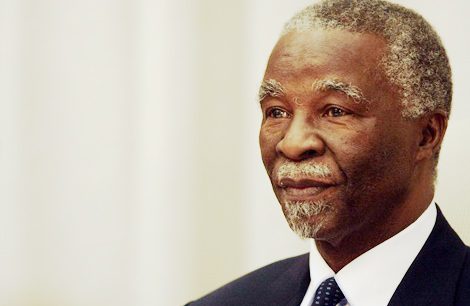 Monies for infrastructure and social amenities for the poor African population are being transferred to other countries via illicit financial flows.

Mr. Mbeki said this while presenting the Progress Report of the High-Level Panel on IFF at the ongoing 7th AU-ECA Conference of Ministers of Economy and Finance.

The former South African President was the Chairman of the panel set up by the Economic Commission for Africa, ECA, in 2012 to look into the nature of illicit funds in the continent.

He said the huge sums did not include capital flight as that came from proceeds of commercial transactions through multinational companies, criminal activities and corruption.

Mr. Mbeki lamented that the monies which would have been used to provide infrastructure and social amenities for the poor African population were transferred to other countries.

“Consequently, this left the continent in poverty,” he added.

Mr. Mbeki said the situation was occasioned by the weakened tax regime of some countries in the continent, adding that proper mechanism needs to be put in place to check the trend.

“In terms of the phenomenon of mis-pricing, the estimates are between 50 and 60 billion dollars which the continent loses as illicit financial flows, with capital flight not included.

“In order to understand the impact of this phenomenon on Africa, we decided that we carry out a number of country case studies in Nigeria, the Democratic Republic of Congo, Kenya, Liberia, Mozambique, Algeria, Mauritius and South Africa.

“From our study, it is quite clear that the continent is losing huge volume of capital which would have been used for investment and the process of industrialisation,” he said.

Mr. Mbeki said the study was conducted to enable the panel draw up a comprehensive report generally on the continent, as it was not possible for it to prepare a country-by-country report.

The Liberian Finance Minister, Amara Konneh, said IFF has drained the continent of hard currency and deprived her of resources needed for human capital development.

Mr. Konneh urged African leaders to put in place measures to stop further outflow and recover what had been taken away.

“Multinationals are responsible for the outflow, through trade mis-invoicing and tax haven, by taking advantage of some countries’ weak tax regime,” he said.

The minister urged African countries to review their tax laws to improve their weakened system and stop the illicit outflow from the continent.
(NAN)

How do we make decisions in Nigeria? By Tolu Ogunlesi