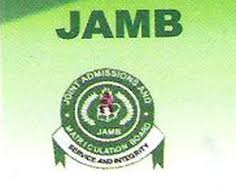 Joint Admission and Matriculation Board

“This year, the examination will be taking place in 153 centres with 600,000 candidates across the nation.”

The Joint Admission and Matriculation Board, JAMB, has said that President Goodluck Jonathan has endorsed the recently introduced Computer Based Testing, CBT, for the Unified Tertiary Matriculation Examination.

This is contained in a statement by Fabian Benjamin, Head of Public Relations of JAMB on Thursday in Bwari, Abuja.

The statement said that Mr. Jonathan endorsed the CBT while addressing officials of the Netherlands examination body also known as CITO in Holland.

“The introduction of the CBT marks a new examination regime that will revolutionise the education sector,” the statement quotes the president as saying.

The statement said that the president reiterated his administration’s commitment to provision of qualitative education and to make the sector a model.

It said Mr. Jonathan called for partnership between CITO and Nigerian examination bodies in the conduct of e-testing and other forms of electronic innovations in Nigeria.

The statement said that the president promised to ensure that the board was adequately financed to establish centres to conduct the CBT during the forthcoming UTME.

Dibu Ojerinde, Registrar of JAMB, at the forum, said that the collaboration with CITO would help the board to administer the test.

Mr. Ojerinde said that there were some challenges experienced in the conduct of the last UTME, using the CBT. He, however, said that the body was determined to resolve the challenges.

“Based on the success of the test last year, more of the UTME candidates have indicated interest in the CBT.

“This year, the examination will be taking place in 153 centres with 600,000 candidates across the nation,’’ the statement quotes Mr. Ojerinde as saying.

Mr. Ojerinde explained that the CBT was introduced to curb examination malpractice, result black-out and other challenges undermining the paper pencil test.