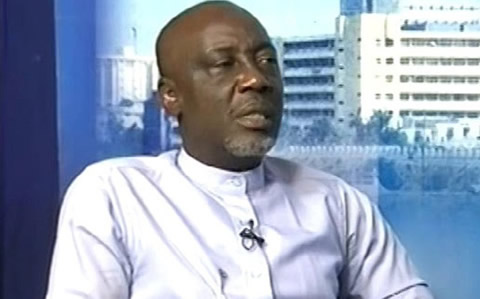 The family said it was concerned the tragedy may tarnish Mr. Moro’s record

The family of Nigeria’s interior minister, Abba Moro, has issued a passionate defence of its son, who is facing intense public fury over a deadly recruitment by the Nigeria Immigration Service, in which about 19 job applicants died.

A family spokesperson appealed for patience to allow investigations, but did not comment on calls for Mr. Moro to step down.

More than 520,000 job seekers turned up for the screening at 37 centres across Nigeria, leading to stampedes a week ago. All the applicants were charged N1, 000 each to register for the examinations.

In Abuja, seven applicants were reported dead while many more were injured.

Outraged Nigerians blame the minister and the head of Immigration, David Parradang, for the bloody screening, and have called for their sack.

The anger grew after Mr. Moro blamed the victims for their deaths, accusing them of being “impatient”. He said a consultant firm handled the process and ruled out refunds of the more than half a billion naira collected from the poor applicants.

President Goodluck Jonathan has yet ignored calls to fire the minister and the immigrations boss. The federal government announced jobs for three members from each of the deceased’s family.

In a statement Sunday, a spokesperson for Mr. Moro’s family said it was clear “that no words, no matter how solemn, coming from the family will be enough to atone” for the losses.

The family said the minister had done well in his previous assignments and would not deliberately orchestrate a process that would lead to deaths.

“We are worried that this singular incidence, though unintended appears to be overwhelming the numerous positive achievements our son has recorded in the ministry since his assumption of duty as minister,” the statement said.

Mr. Moro’s family said the consultant drafted for the exercise did not give the true picture of events leading to the stampedes.

The family of the Honourable Minister of Interior have watched the events that followed the stampede occasioned by the recent screening exercise into the NIS which led to the death of about 19 applicants across the federation and hereby makes the following comments: