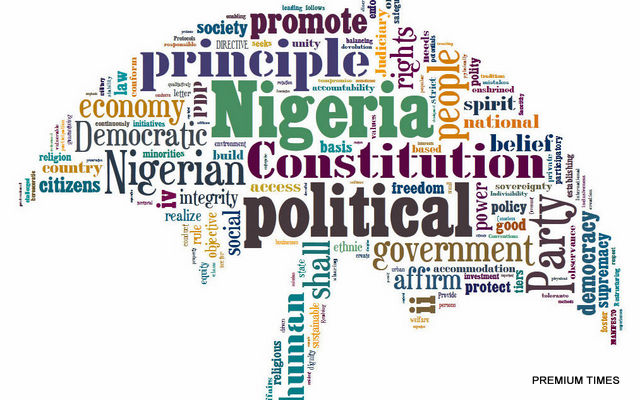 PDP insists on referring to APC’s ideology as “Janjaweed.”

The Peoples Democratic Party, PDP, Saturday, insisted that the actions, utterances and body language of the All Progressives Congress, APC, have continued to give it away as the face behind the ugly mask of insurgency in parts of the country, dismissing its denial of complicity as an ill articulated afterthought.

A statement by the National Publicity Secretary of the Party, Olisa Metuh said the PDP and Nigerians do not need further proof on the unholy alliance between the APC and insurgency.

Restating that the PDP firmly believes in the plurality of Nigeria’s political space, knowing full well, the cardinal role the opposition plays in any sustainable democracy, the party said it was however an outright coup against democracy for the APC to employ deceit, lies and insurgency as means of achieving political control.

“When we accused the APC of being behind insurgency, we did not speak in vain and when we summarized the manifesto of the party as a product of Janjaweed ideology, we have verifiable reasons,” PDP said.

The statement argued that it was not a coincidence that after (former Head of State), Muhammadu Buhari, beckoned on his supporters to go on a lynching spree should he lose the 2011 presidential election, an unprecedented violence broke out, claiming the lives of hundreds of innocent Nigerians. It noted that the Sheik Lemu committee which investigated this carnage, unequivocally established Mr. Buhari’s culpability.

“Besides, the allegory of the bloody monkey and baboon in respect of the 2015 election, which is still way ahead, by the same General is still very fresh in the minds of Nigerians. The serial threats of violence should President Jonathan contest in 2015 including the most recent prophecy of violent deaths and destructions in 2015 by Nasiru El Rufai are not slips from elements at the periphery but snips from characters who know more than ordinary Nigerians, the reasons behind the mindless carnage in the country.

“And when the APC boasted earlier in 2013 even before it could secure its name from counter claims that insurgency would end within 100 days of its leadership of the nation, Nigerians recalled immediately that the chief priest who dines with the deity knows the right libation to appease the gods. Insurgency is APC and APC is insurgency.

“We recall also that the APC attempted to use the November, 2013 Anambra governorship election to test run its agenda by posting fake opinion poll, making inflammatory statements concerning the election, and imported armed thugs in botched bid to unleash mayhem in the election it came a distant third. Vigilant security agencies nipped their plans in the bud.”

The statement further said it was laughable that the APC was regurgitating a distorted and pirated version of counter insurgency measures that have been in quiet operation as if it were original to it , wondering if the APC leadership was under “the influence” when (its) statement was authored.

PDP also said it might be necessary for the APC to offer explanation for the reason insurgency gains a pitch higher each time President Jonathan takes a forward step in his transformation programme.

According to the ruling party, the gender insensitivity of the APC is a direct fall-out of its Janjaweed ideology, hence the relentless vicious attacks on the female members of the Federal Executive Council and others in sensitive positions.

“It is not for nothing that all the persons that the APC wants to resign from the federal cabinet or similar positions are females- Dr. Ngozi Okonjo Iweala, Diezani Alison Madueke, Arunma Oteh. In the APC’s Janjaweed ideology, no woman, no matter how brilliant should be heard or seen.”

The PDP finally cautioned the APC to purge itself of evil tendencies and focus on how to build a strong and united nation instead of promoting violence and bloodshed in desperate bid for power, citing the stand of President Jonathan that “his ambition is not worth spilling the blood of any Nigerian as instructive.”