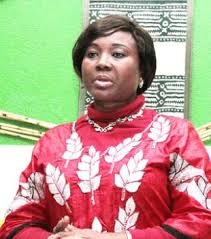 Nigeria commemorate its 40th year of diplomatic ties with Cuba in July.

The Minister of State for Foreign Affairs 1, Viola Onwuliri, and Cuba’s Foreign Minister, Bruno Parilla, have pledged to work towards expanding economic and trade cooperation to attract tangible benefits to both countries.

The two ministers made the pledge while speaking in Abuja at a reception organised by Nigeria’s foreign ministry for the visiting Cuban minister who concluded his four-day official visit to Nigeria on Tuesday.

Mrs. Onwuliri said economic cooperation was heartening because of the socio-economic reforms taking place simultaneously in both countries.

She suggested that priority should be given to cooperation in the areas of medicine, pharmacy and education in the renewed resolve to expand economic ties between both countries.

“There is no doubt that our combined efforts to strengthen bilateral ties would lead to speedy realisation of our respective national development objectives,” she said.

Mrs. Onwuliri noted that in July this year, Nigeria would commemorate the 40th anniversary of the establishment of diplomatic ties with Cuba.

“I am pleased to say that our relations have been characterised by mutual respect and support for each other at both the bilateral and multilateral levels for the advancement of our respective peoples,” she said.

In his remarks, Mr. Parilla highlighted Nigeria and Cuba’s shared cultural and historical similarities, noting that 80 per cent of Cuba’s troops at independence were slaves and descendants of slaves from Africa.

He said he was honoured to meet President Goodluck Jonathan on Monday to extend President Raul Castro’s best regards and invitation for Mr. Jonathan to visit Havana city soon.

“I believe the visit will be a landmark in our common goals, challenges and excellent bilateral relations,” he said.

The Cuban minister said he also had fruitful discussions on Monday with the Minister of Foreign Affairs, Aminu Wali, and the PDP National chairman, Adamu Muazu.

He thanked Nigeria for its solidarity with Cuba through the past five decades and commended the country for promoting peace and security in Africa and the globe.