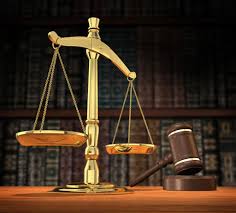 The AGF sued an Adamawa civil servant for failing to declare his asset.

The Code of Conduct Tribunal on Tuesday fixed April 8 for ruling in the “no-case application” filed against the Attorney General of the Federation, AGF.

The AGF had in November 2013 charged Bala Usman, a Permanent Secretary in Adamawa, to the tribunal over alleged failure to publicly declare his asset.

At the resumed hearing, Justice Danladi Umar adjourned the matter to April 8 after hearing both counsel’s arguments.

Mr. Umar, however, told the counsel to the accused, Aliyu Mohammed, to commit his no case submission for his client to writing.

Mr. Umar had earlier admitted three documents in evidence and marked them as exhibits A1, A2 and A3.

Mr. Danladi, who came to the court with Sofian Ahmad, a worker at the Code of Conduct Bureau, Adamawa as witness, said though Mr. Usman received the asset declaration forms, he did not declare his assets.

He said the asset declaration law required that public officials fill and return the forms within three months of receiving them.

Mr. Mohammed had earlier opposed the documents tendered in evidence on grounds that there was no evidence to proof that the documents originated from Code of Conduct Bureau.

According to him, Section 106 (2) of the Evidence Act lays proper foundation on certification and originality before any document could be tendered in the court as evidence.