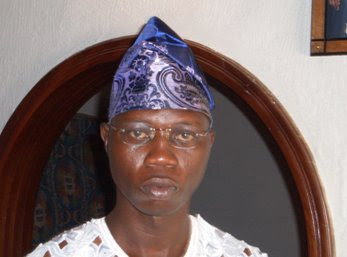 The OPC leader commended the federal government for the selection of delegates.

The Oodua Peoples Congress, OPC, at the weekend expressed optimism that the National Conference will bring about a new Nigeria. The congress commended the 442 delegates selected by various interests across Nigeria for the conference.

The National Coordinator of the Congress, Gani Adams, said this during an interview with journalists in Abeokuta on Sunday.

“I think this is quite different from all Confabs the country has ever had. You will realise that government considered all sectors this time. It has been Confabs since I was born, I may not know about the Pre-Independence Conferences, but I knew that of 1979, I knew of 1995-1996 and even the processes that led to the 1999 Constitution, which did not give enough consideration to every Nigerian sector,” Mr. Adams said.

He commended the Federal Government for considering slots for various groups and sectors in the country.

“Through the modalities of this National Conference, a lot of groups were given slots; who is who in the country were given consideration. From that you could see that the Confab would reshape our Constitution structure and polity; and thereafter, the country would be moved forward,” the OPC leader said.

Mr. Adams, who is a delegate at the conference, also spoke on the N7 billion earmarked for the conference, saying it was not too much as has been insinuated in some quarters.

“N7 billion is not even enough to convene the National Conference of such importance. If a State in Niger Delta is collecting nothing less than N26 billion in a month, then Nigeria should not succumb to insinuations that the expenditure on the Confab is outrageous.

‘I am going to the Confab to be among those that will move Nigeria forward; I am not going there because of money.  We are going there in order to have a country we can be proud of. When we go to the Conference, all the issues will be dealt with so that we can have a new Nigeria,” Mr. Adams said.

BOKO HARAM: What Options for the Military? By Victoria Ibezim-Ohaeri