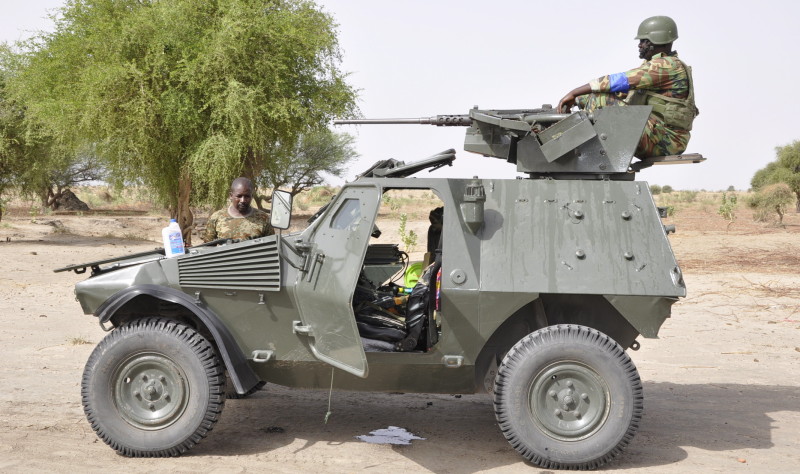 The military said it was not overwhelmed by the insurgency.

The military stated this in a statement by the spokesperson of the Defence Headquarters, Chris Olukolade.

“Attempts by terrorists to attack Ajiri and Mafa as well as other communities in the outskirt of Maiduguri and Dikwa in Borno State towards the Cameroon borders, yesterday (Wednesday) were foiled by the security forces,” Mr. Olukolade, a Major General, said. “The ambush mounted by the terrorists to enable them unleash terror on the communities unchallenged, was also cleared by troops on reinforcement mission.”

“Twenty insurgents died in the encounter, while own troops sustained varying degree of injuries. Also, more camps were destroyed yesterday in encounters at various forests and mountain locations around Adamawa and Borno States,” the spokesperson said.

Hundreds of people have been killed by the insurgents in recent weeks as they attacked different villages outside Maiduguri, the Borno State capital. Hundreds of houses and vehicles were also burnt by the insurgents, who seemed to be able to attack unhindered.

The Nigerian government and indeed the military has come under attack from survivors of attacks, residents, and several Nigerians for being seemingly unable to prevent the various attacks despite the state of emergency currently on in Adamawa, Borno, and Yobe. The attack that drew the highest condemnation was the killing of at least 29 students of a federal school in Buni Yadi, Yobe State, last month. The students were attacked while sleeping in their dormitory.

Perhaps reacting to the various condemnations, Mr. Olukolade said “the Defence Headquarters has noted with grave concern the inflammatory pronouncements by some highly placed persons in government and some apparently sponsored commentators in and outside the country who have consistently given false and misleading remarks to describe the disposition of troops in the ongoing operations.

“It has become clear that this sustained campaign is intended to demoralize the troops and give impression that the military is overwhelmed by the terrorist group. This tendency is unfortunate to say the least.”

Though no specific names were mentioned, top public officials including the Borno State governor, Kashim Shettima, and senators in Borno had criticised the federal government for the handling of the crisis.

Mr. Shettima had after a meeting with President Goodluck Jonathan last month lamented that the soldiers in his state were not adequately equipped or motivated to face the Boko Haram. He urged the federal government, which controls security agencies including the military, to do more to quell the insurgency.

The new Chief of Army Staff, Jacob Minimah, also recently told the National Assembly that the Army was not adequately funded.

Mr. Olukolade, however, says the military would not be overwhelmed by the insurgents.

“For the avoidance of any doubt, it is hereby restated that the Nigerian military cannot by any standard be overwhelmed by the insurgents neither will the devious antics of their sympathisers and sponsors demoralize the fighting spirit of troops.

“Nigerians and indeed all well-wishers are enjoined to discountenance the propaganda messages of the terrorists and their backers alleging the inability of Nigerians troops to handle the insurgency,” he said.