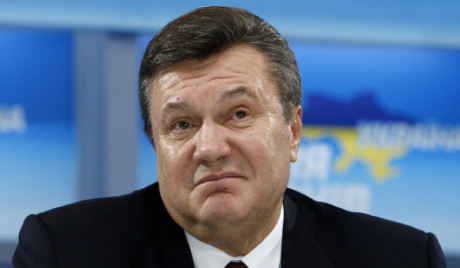 In his first public comments on the Ukraine crisis, Mr. Putin denounced the removal of Mr. Yanukovych as an “unconstitutional coup”.

Russian President, Vladimir Putin, on Tuesday said that he only helped his ousted Ukrainian counterpart, Viktor Yanukovych, for “humanitarian reasons”.

The Russian president said this when he answered questions from the newsmen, adding that Mr. Yanukovych has no future in politics.

“We only did this over humanitarian considerations because death is the simplest way to get rid of the legitimate president.

However, he said that he believed Yanukovych had risked being killed by protesters when he fled Kiev late last month.

“I think the protesters would have killed him if he was there,” he added.

He said that about the charges against Yanukovych, that he gave the orders to shoot at protesters, though he believed what the impeached president told him.

“It is difficult to say who did what; Yanukovych told me he never gave those orders.

“When Yanukovych said he was removing the riot police, I told him he will have anarchy and chaos in Kiev.

“And after he did that, chaos broke out, like I warned him,” he stressed.

Putin spoke scornfully of his erstwhile ally, Yanukovych, who drew his supporters from the Russian-speaking part of Ukraine and in November agreed to scrap a deal with the European Union under pressure from Russia. (dpa/NAN)