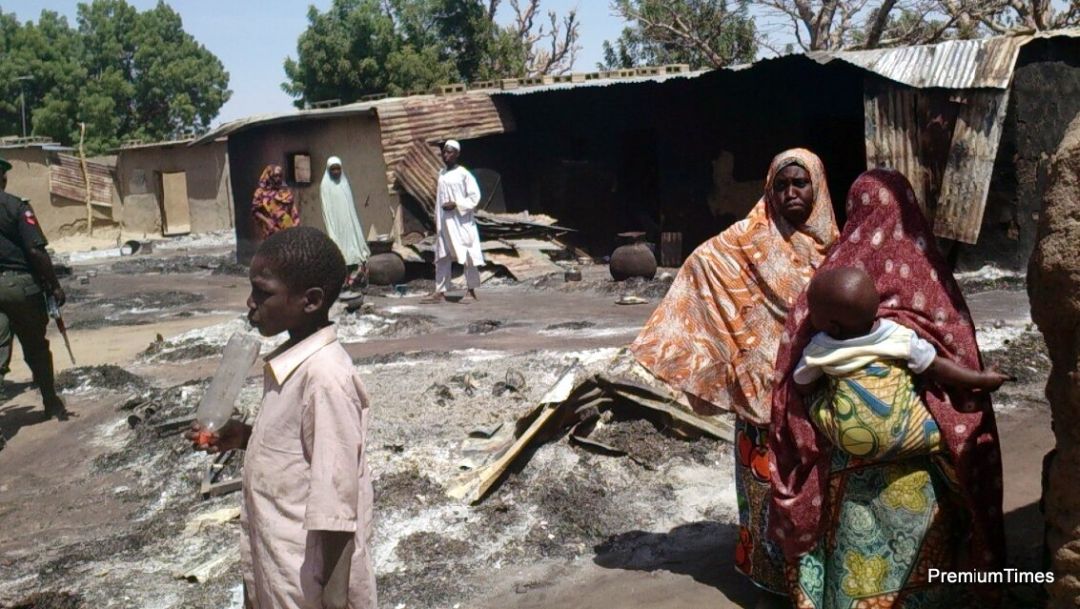 FILE PHOTO: The victims were fleeing Boko Haram lingering attacks on their villages

“They came to Kirchiga at a little after 8p.m and opened fire sporadically at the people,” he said.

He however could not confirm any casualty‎ figure as at midnight on Thursday.

Mr. Ularamu added that the gunmen also‎ attacked neighbouring Shuwa town, adding that the sounds of gunfire could still be heard in the town as at the time we spoke to him.

Also, a resident of Michika town, who declined to be named for security reasons, told PREMIUM TIMES that he could hear gunshots in the town.

He reported intermittent sounds of gunshots and said most people in the town had run home for safety.

The spokesperson of the Nigerian Army in Yola, Nuhu Jafaru, could not be reached to comment for this story. Calls to him were unsuccessful as his telephone line failed to connect.

Sunset At Noon, By Adekoya Boladale