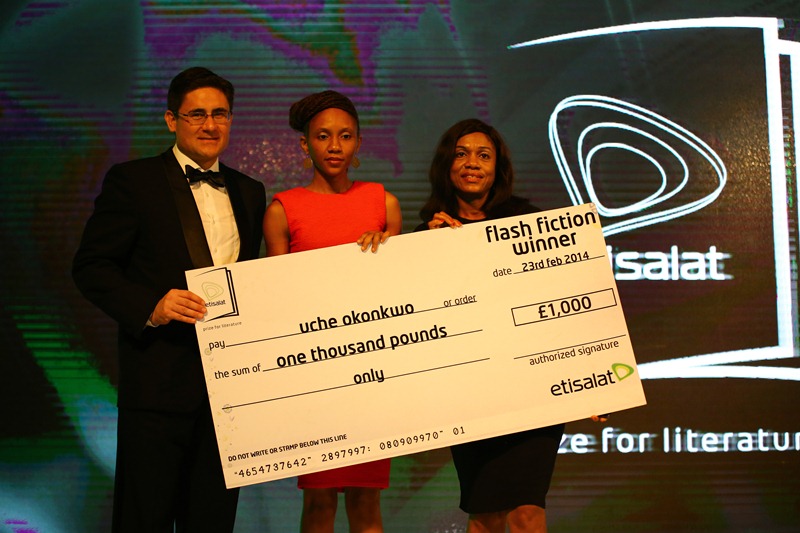 Zimbabwean writer, NoViolet Bulawayo, was on Sunday, crowned winner of the the Etisalat Prize for Literature with a £15,000 (N4.12 million) cash prize. 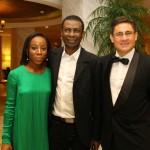 According to the Acting Chief Executive Officer of Etisalat Nigeria, Matthew Willsher, the Etisalat Prize for Literature award was designed to recognise and reward debut writers of fiction in the African region, with the objective ofdiscovering new creative talent from Africa and promoting the burgeoning publishing industry on the continent.

“As a rite of passage, published and unpublished literary works of art have been passed down from generation to generation in Africa. Etisalat Nigeria is indeed pleased to celebrate all authors in the African literary spectrum from the greats such as Wole Soyinka, Miriama Ba to Ben Okri, Alain Mabanckou and Chimamanda Adichie. As such, Etisalat Nigeria is proud to use its maiden edition of the Etisalat Prize for Literature pan-African award to recognize and celebrate the amazing work done by these unique individuals,” he said.

In addition to the cash prize, Ms. Bulawayo was presented with an engraved Montblanc Meisterstück pen and a Samsung Galaxy Note. She will also attend the Etisalat Fellowship at the prestigious University of East Anglia as well as be mentored by Giles Foden, author of the Last King of Scotland. The winner also gets book tours in three African cities and the chance to start work on her second book.

An elated Ms. Bulawayo specially thanked the judges, patrons, and Etisalat Nigeria for the award and for the opportunities the prize has afforded her. 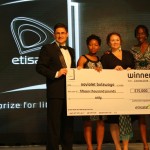 “I am thankful to the organisers of this event, Etisalat Nigeria, for this most excellent and necessary prize. We are all aware of the shortage of literary prizes and it is heart-warming to know that Etisalat Nigeria sees and values the significance of such literary works in Africa,” she said.

Runners-up, Yewande Omotosho and Karen Jenning were presented with Samsung Galaxy notes. They also won book tours to two African cities and Etisalat will purchase 1000 copies each of their books which will be distributed across the continent

To spice up the occasion, there was a special performance from celebrated African music legend, Youssou N’Dour, who performed a number of classics including Redemption Song, 7 Seconds and New Africa.

The flash fiction competition winner, Uche Okonkwo, was also announced. The author won for her story, Neverland. She got a cash prize of £1000 (N275, 000) and a Samsung Galaxy note. Runners up were Bonaventure Chukwu for Fear and Nzere Jeremiah for Silent Screams, each winning £500 (N138, 000) and Samsung Galaxy notes.

You are petty, APC tells Jonathan over comment on Borno governor