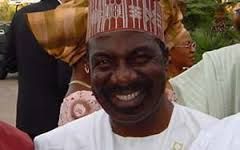 Tributes pour in for Isaiah Balat

Jonathan, Atiku, Mark, other express shock over the demise of the former senator and presidential aide

President Goodluck Jonathan has expressed shock and sorrow over the
death of Isaiah Balat, the Special Adviser (Special Duties) to the Vice President, Namadi Sambo.

He was a Minister of State for Works and Housing during the regime of former President Olusegun Obasanjo and later served as senator representing Kaduna South Senatorial District
between 2003 and 2007.

In a statement signed by his Special Adviser, Media and Publicity, Reuben Abati, on Tuesday, Mr. Jonathan extended his condolences to Mr. Namadi and the late senator’s family.

“On behalf of himself and the Federal Government, President extends sincere condolences to the Vice President, his staff and all others who had the pleasure of working with Senator Balat at the Presidential
Villa,” the statement said.

“The President also condoles Senator Balat’s wife, children and relatives as well as his kinsmen, people of Kaduna State and supporters whose interests he capably represented and defended
throughout his political career.

“He joins them in mourning the very affable political leader who will be remembered for serving meritoriously as a Senator and Minister of the Federal Republic of Nigeria.”

Mr. Jonathan prayed that God Almighty would receive the soul of Mr. Balat “whom he had the pleasure of working with at close quarters in the Presidential Villa over the past three years and grant him eternal
rest.”

In his condolence, a former vice president, Atiku Abubakar, said tolerance was the hallmark of Mr. Balat’s life.

Mr. Abubakar said the death of late senator had depleted the country of a vanishing breed of bridge-builders diligently committed to holding together the fabrics of Nigeria.

In a statement by his media office in Abuja on Tuesday, the former vice president said the demise of Mr. Balat had robbed the country of a much-needed broadminded politician with a knack for bringing people together, especially in Kaduna State where his influence provided a lot of stability.

“Isaiah Balat was in the same cabinet with me as Vice President. He was a Minister of State in the works ministry. His greatest strength was his broadmindedness and tolerance that abhorred divisions along
religious or ethnic lines. He identified with you irrespective of whether you were a Muslim or a Christian or of the majority or ethnic stock,” Mr. Abubakar stated.

He said that in all his callings, Mr. Balat was a patriot, committed to the service of his country and humanity.

On behalf of his family, the former vice president expressed his condolences to Mr. Balat’s family, Mr. Sambo and the people and government of Kaduna State over the former senator’s death.

In a statement by his media aide, Kola Ologbondiyan, Mr. Mark said he recalled his relationship with the late senator in the upper chamber, saying “Balat was a friend and a brother.”

He said that Mr. Balat was one of the shinning lights in the political scene and indeed demonstrated his love, patriotism and dedication to the ideals of nationhood.

“In all his dealings, he (Balat) was a shining example. He represented the best in the political evolution of Nigeria. He was outstanding and forthright and passionate about the indivisibility of our great country, Nigeria,” Mr. Mark said in the statement, which said he “literally broke down in tears when he heard the sad news.

“We shall miss his candour, his frank and honest dispositions to
national issues.”

The Senate President, according to the statement, prayed that God in His infinite mercies grants Mr. Balat eternal rest, just as he asked the Almighty to give the bereaved the fortitude to bear this painful
loss.

In his condolence message, the Speaker of the House of Representatives, Aminu Tambuwal, said Nigeria has lost a cool-headed, honest and refined gentleman whose words and deeds mirrored that of a man at peace with himself and his Creator.

In a statement issued by his Special Adviser on Media and Public Affairs, Imam Imam, Mr. Tambuwal said Mr. Balat’s honesty and sincerity of purpose will be missed by all those who know him.

While condoling the government and people of Kaduna State over the unfortunate incidence, Mr. Tambuwal prayed to Almighty God to give his family the fortitude to bear the irreparable loss.

The party, in a statement by its spokesperson, Olisa Metuh, described the death of the late presidential aide as a huge loss to the country. The party said he left the scene at a time the nation needed his contributions the most.

“Senator Balat lived as a patriotic Nigerian and a brilliant technocrat who discharged his responsibilities with candour. Nigerians will remember him for his dedication to duty, humility, loyalty and
commitment to the service of our dear fatherland,” the PDP said.

The ruling party also described him as an outstanding party-man who remained committed to its ideology and manifesto as well as the visions of its founding fathers.

It said Mr. Balat played key roles in promoting the course of the PDP and handled all assignments given him by the party meritoriously.

“The party commiserated with the Balat family, the Presidency and the Government and people of Kaduna state and prayed God to give them the fortitude to bear the loss,” the statement said.

Besieged by the Police By Okey Ndibe