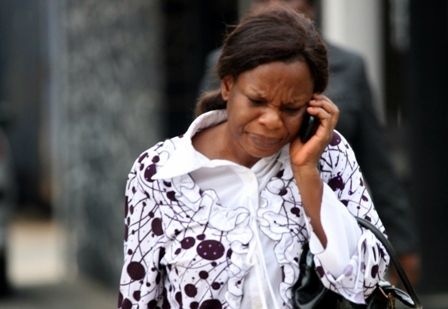 The Economic and Financial Crimes Commission, EFCC, on Tuesday arraigned one Akpojiyouwi Grace before Justice Babajide Lawal-Akapo of the Lagos High Court sitting at Ikeja on a one-count charge bordering on failure to conduct due diligence in financial transactions.

A statement by the EFCC’s Head of Media and Publicity, Wilson Uwujaren, said the accused, a former employee of Union Bank, is accused of complicity in the mega scam that rocked the bank early this year when some fraudsters hacked into its data base and pulled out hundreds of millions of naira. Akpojiyouwi allegedly failed to conduct due diligence as the account officer of Dan Kawu Bureau De Change before confirming and authorizing the payment of N450,000,000 (Four Hundred and Fifty Million) to the company.

The charge reads: “Akpojiyouwi Grace on or about the 9th of January, 2013 at Lagos within the Ikeja Judicial Division whilst being an employee of Union Bank Plc failed to exercise due diligence in relation to conduct of financial transactions with one Dan Kawu Bureau De Change by confirming and authorizing payment of the sum of 450,000,000 (Four Hundred and Fifty Million) fraudulently transferred by hacking into Union Bank database (flexcube) and transferring the said sum to Union Bank Plc account of one Dan Kawu Bureau De Change domiciled in Lagos and thereby facilitated the crediting and withdrawal of the said sum by Dan”.

When the charge was read to her, the defendant pleaded not guilty.

Based on the plea of the defendant, the prosecution counsel prayed the court to fix a date for trial and to remand the defendant in prison custody pending trial.

Justice Lawal-Akapo adjourned the case to February 19 for hearing on the bail application and ordered that the defendant be remanded in Kirikiri maximum prison.

3 injured after tear gas mistaken for deodorant in German disco