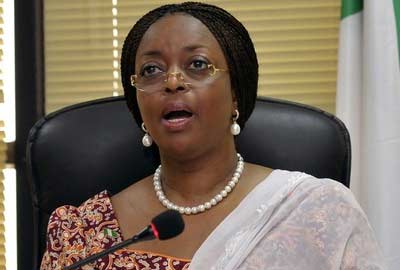 The hearing has been adjourned to February 18.

The absence of the Minister of Petroleum Resources, Diezani Alison-Madueke, on Monday stalled the probe of the controversial kerosene subsidy by the House of Representatives.

Apart from Mrs. Alison-Madueke, other agencies under her supervision and directly related to the subsidy claims were also absent. Agencies absent include the Nigeria National Petroleum Corporation, NNPC, and the Pipeline, Products Marketing Company, PPMC.

The hearing was at the instance of the House of Representatives Committee on Petroleum Resources (Downstream).

The House, through a resolution, mandated the committee to investigate issues surrounding kerosene supply, distribution and subsidy payments from the year 2010 to 2013.

The announcement by the Chairman of the committee, Dakuku Peterside, for the postponement came after a long wait by stakeholders who were seated before 10 a.m.

Mr. Peterside said that the committee was compelled to postpone the hearing due to the absence of officials of the three agencies which were critical stakeholders in the investigation.

“It is not in the character of the seventh National Assembly to waste people’s time,” the lawmaker said.

“On behalf of the committee, I want to apologise to you, we are going to be compelled by circumstances to put off this hearing to the February 18.

“We owe you a duty to carry out the investigation, we will not let you down, we want to apologise once more, we will move on with the hearing on February 18.”

He explained that several invitation letters were written to the agencies and ministry about the hearing, but they did not respond till the day of the hearing.

In a letter sent to the lawmakers on Monday, day of the hearing, Mrs. Alison-Madueke said she had another official function to attend.

The letters partly reads: “I wish to inform you that the Honourable Minister together with the top management of the ministry and its agencies will be participating in the International Summit on Power Financing starting today, 10th February, 2014.

“As a result, we regret to inform you of our inability to honour your invitation. We are also currently engaged with the Senate Committee on Finance and it is not clear when their hearing will end.’’

Also, the NNPC in a letter signed by its General Manager, National Assembly Liaison, M.B Bamanga, and dated February 7 gave the same excuse.

“I am further directed to appeal to the Chairman to allow NNPC and its subsidiary sufficient time to collate the required documents and reschedule an alternate date for the appearance of our organisation at the hearing, please,’’ the letter read.

In an interview with the News Agency of Nigeria, Obafemi Olawore, Secretary, Major Oil Marketers Association of Nigeria, expressed disappointment over the postponement of the hearing.

“We flew down to Abuja on Sunday so that we will not have any filth delay this morning, personally I got here quarter to 10 this morning.

“I have wasted the whole of today, wasted hotel accommodation, flight and I have to now go to Lagos,’’ Mr. Olawore said.

As part of its task, the House committee will investigate several allegations of fraud in the management of kerosene subsidy. The NNPC recently claimed that a large chunk of over $10.8 billion, which the Central Bank Governor, Lamido Sanusi, said was misappropriated and not paid into the CBN account as appropriate, was spent on Kerosene subsidy.

PREMIUM TIMES had published exclusive documents that showed that late President Umaru Yar’Adua had in 2009 placed a directive banning payment of subsidy on kerosene. The NNPC said it went ahead with the controversial payments, and claimed ignorance of the subsisting presidential directive.

However, despite the billions of dollars that the NNPC claimed it spent on subsidy payment for kerosene, the average retail price has since 2010 hovered at more than double the N50 price kerosene should have been sold if the subsidy was truly in place.

How Obasanjo, APC leaders wanted me to rot in jail in Benin Republic — Dokubo-Asari