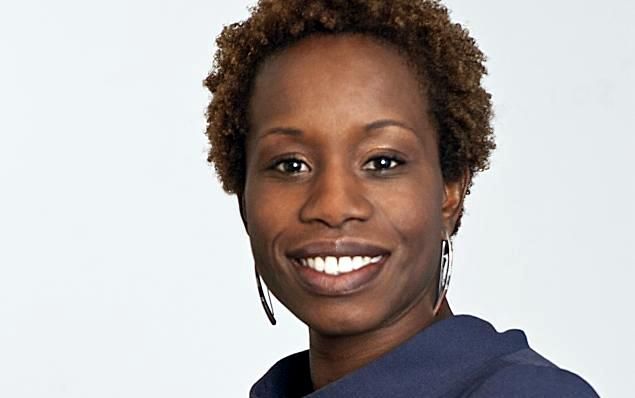 Shola Olatoye is the daughter of a Nigerian immigrant.

The Mayor of New York, Bill de Blasio, has appointed a Nigerian to head the city’s Housing Authority in his bid to overhaul the previous administration’s housing policy.

Shola Olatoye would serve as the new chair of the New York City Housing Authority, NYCHA.

Mr. de Blasio said his administration is working towards building and preserving 200,000 units of affordable housing over the next decade to address longstanding health and safety issues in the city.

“We are going to take a new approach to this crisis that holds nothing back,” said the mayor.

“From doing more to protect tenants in troubled buildings, to innovating new partnerships with the private sector, to forging a new relationship with our NYCHA communities, every decision we make will focus on maximizing the affordability of our neighbourhoods.

“These agencies are going to work together as a collective to lift up families and make this one city—where everyone rises together,” Mr. de Blasio added.

The daughter of a Nigerian immigrant and working class mom, Mrs. Olatoye is expected to focus on strategic goals like expanding employment opportunities for NYCHA residents, developing plans to retrofit buildings, and supporting tenants – including the 40 percent of residents over the age of 62.

Mrs. Olatoye described the decision to let her run the NYCHA as an “honour.”

“Everything we will do will be focused on improving the quality of life for our tenants, especially protecting their safety,” Mrs. Olatoye, who is married with two sons, said.

“This is an enormous opportunity. Public housing helped people in my family. I want it to do the same in the future for others,” she added.

Before her appointment, Mrs. Olatoye was Vice President and New York Market Leader for Enterprise Community Partners, a national non-profit that has helped build or preserve more than 44,000 affordable homes for lower-income New Yorkers and invested more than $2.5 billion in and around the city.

At Enterprise, Mrs. Olatoye oversaw a cross-functional team that worked with community partners, the public sector and private capital sources to build and preserve approximately 3,000 affordable homes per year in New York City.

Mrs. Olatoye had also overseen a number of public-private partnership initiatives at Enterprise, including a 2013 project the East Harlem Center for Living and Learning located in East Harlem, in which Enterprise provided more than $12 million in debt and equity to create a new 151,000-square-foot multi-family, mixed-use development with 88 new affordable apartments, a 58,000-square-foot K-8 charter school, and 6,000 square feet of office space dedicated to not-for-profit organizations.

She had also served as a Vice President and Senior Community Development Manager of HSBC Bank; Director of HR&A Advisors, Inc., an advisory and economic development consulting firm; and Director of Community Outreach at the Campaign for Fiscal Equity, Inc.

“I cannot wait to work with Shola and this administration to make New York proud of their public housing again,” said Cecil House, NYCHA General Manager.

“We’ve never had a leadership this committed to making that happen, and to treating our NYCHA tenants with the same respect as every other tenant in this city. We are ready to roll up our sleeves, get to work, and change the way we do business,” he added.

Police ‘mopping up’ arms ahead of #Nigeria2015 elections

Jonathan urges Nigerians not to relent in prayers