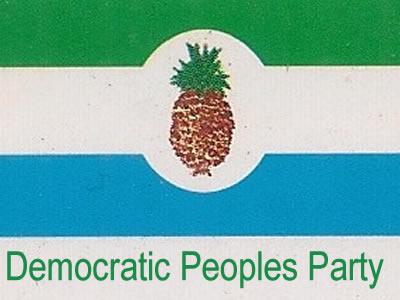 DPP asks INEC not to interfere in parties’ affairs

INEC is threatening to communication with parties without standard secretariats

He said on Friday in Abuja that this was necessary to allow them freedom of association as entrenched in the constitution.

“The constitution of the Federal Republic of Nigeria allows for freedom of association; therefore, INEC should not interfere on how a political party runs its affairs for whatever reasons. The way a party is run is strictly a party’s affair and INEC has no right to determine the executive of a party,” he said.

Mr. Mohammed said that the laws upon which INEC was acting were derived from the constitution which guaranteed freedom of association.

INEC, had on February 5, said it would stop all official communication with political parties that operate through caretaker committees over a long period of time.

The Resident Electoral Commissioner in Zamfara, Jubrin Zarewa, said that such parties had no functional offices.

“INEC has been dealing with them as if they are individuals operating from their private residences. The affected parties cannot present candidates for election if they do not have their elected officials in place before the next general elections,” he said.