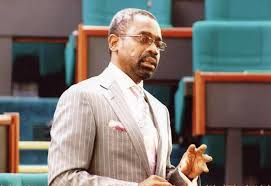 APC lawmakers to comply with party’s directive to block Nigeria’s 2014 budget, others – Gbajabiamila

The All Progressives Congress, APC, Caucus in the House of Representatives said it is determined to push ahead with the directive given to it by the party leadership to block all legislative proposals emanating from the presidency to protest what it called impunity of the Nigeria Police in Rivers State.

The Minority Leader, Femi Gbajabiamila, who stated this on Monday, said the party caucus would meet on Tuesday morning ahead of resumption of the plenary session to study the directive and decide on how to go about complying with it.

The APC had directed its members in the two chambers of the National Assembly to block all legislative proposals, including the 2014 Budget and confirmation of the ministerial appointees and service chiefs sent by President Goodluck Jonathan, to protest the role of the police in the lingering crisis in Rivers State.

The opposition, which gave the directive during its National Executive Committee, NEC, meeting in Abuja on Thursday, has since come under heavy criticisms from other parties and individuals, who accused it of toying with the lives of Nigerians.

Among the parties that condemned the directive are the ruling Peoples Democratic Party, PDP, All Progressives Grand Alliance, APGA, and Labour Party, LP.

The APC leadership also defended its action, saying it had started to yield fruit as its member and Rivers State Governor, Rotimi Amaechi, attended a rally in Ogoni axis of the state unmolested, last Saturday.

Some other rallies organised in Rivers State by residents to declare support for the governor had been disrupted by the police with a serving senator allegedly shot in one of the attacks.

Ahead of the resumption of the lower chamber on Tuesday, Mr. Gbajabiamila said it would meet to study the directive and the approach to adopt, insisting that it was a patriotic directive which the Caucus would comply with.

“We see a basis for complying with the directive,” Mr. Gbajabiamila told PREMIUM TIMES on Monday night. “It is legitimate to call the government of the day to order. Those who are criticising it are PDP apologists. They don’t see what we see. We’re ready because this is a new beginning. We will see how it goes.

“I cannot tell now how we are going to do it, but we will meet to decide on how to go about it tomorrow. I mean APC Caucus will meet tomorrow (Tuesday) morning and decide what happens next. We will sit down and we will review the situation as we go along.”

The lawmaker expressed disappointment with those criticising the APC for issuing the directive to its lawmakers, describing them as “hypocrites.”

He expressed regret that some Nigerians always see the actions of the party as illegal, noting that whenever it was at the receiving end, nobody bothered to say anything.

According to him, “We have listened to those people. APGA and LP that are criticising the directive are all PDP apologists. When APC does anything people tend to see it as illegal.”

“When Lagos State funds were seized by the PDP federal government, even when the Supreme Court had ruled on it, nobody said anything. Does PDP obey court rules? The lives of 18 million people were at stake. That is hypocrisy of the highest order.

Mr. Gbajabiamila, who represents Surulere 1 Federal Constituency of Lagos State, said the APC Caucus was not worried about the coalition the PDP had formed with APGA and LP to frustrate its plan to carry out the directive from its leadership, saying with its numerical strength the APC would succeed.

He said, “In any case, I learnt PDP Caucus met today and formed a coalition with APGA, Labour Party, and other smaller parties. But it is simple. We are not worried at all. They (APGA and LP) are PDP apologists. That is not new. It wasn’t like they were voting for us. We’re superior in number.”

He said the APC was not worried about the commencement of the screening of the service chiefs by the Senate, as it could frustrate their confirmation on the floor of the House.

He said, “There is nothing wrong with screening because at the end of the day they will bring it to the floor for approval,” he said. “I don’t see any problem there. That is not to say we will not take the interest of the country into consideration. We will review the situation as we go along.”