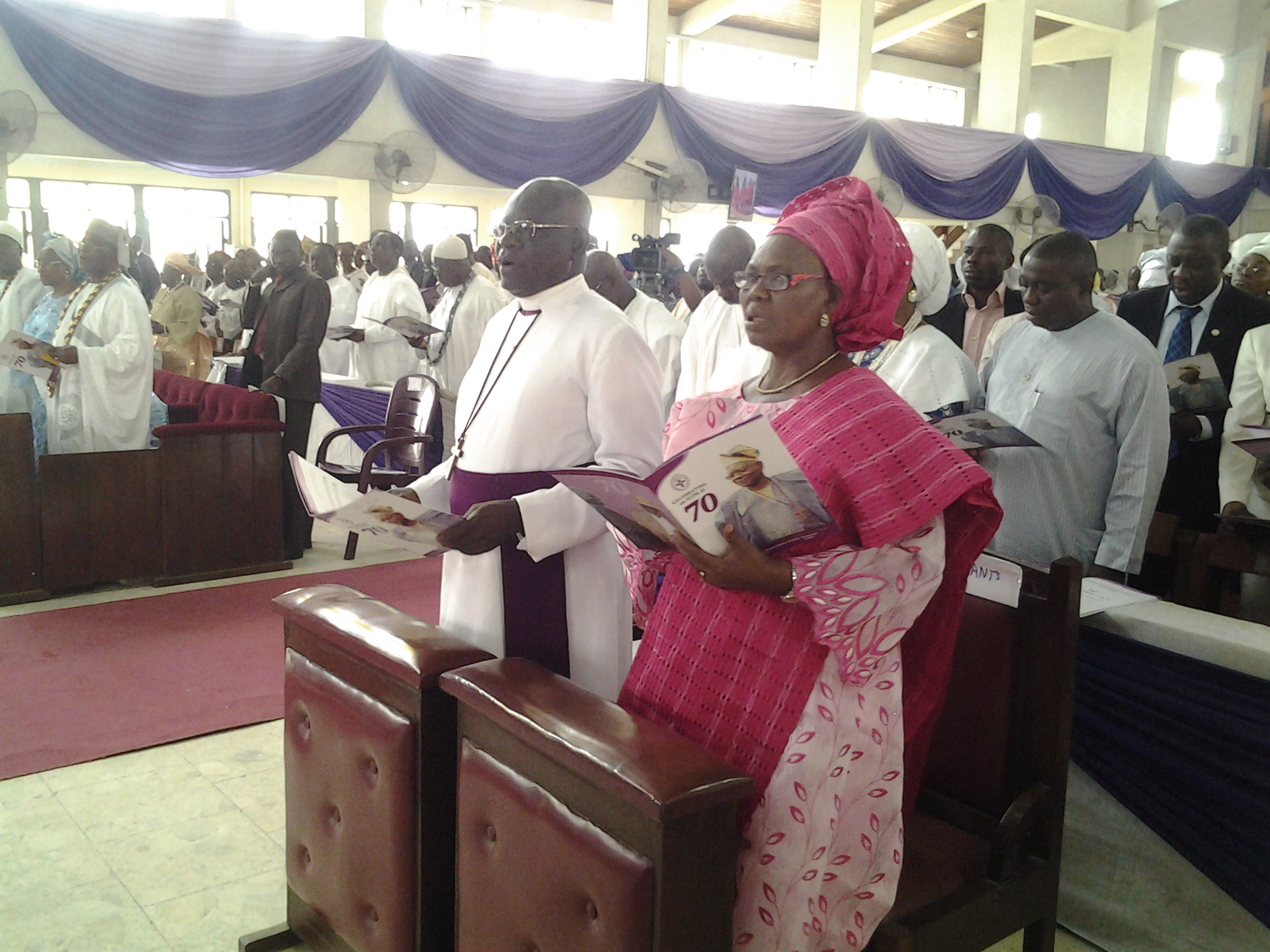 The event was attended by two former Nigerian rulers

The retired Primate of the Church of Nigeria, Anglican Communion, Peter Akinola, has called on members of a criminal gang that attacked him recently to turn a new leaf. He appealed to the criminals to register with his foundation to learn skills that they could use for legal businesses.

Mr. Akinola was robbed of his vehicle and briefly kidnapped on Christmas Eve of 2013. He was released a few hours later after a manhunt was ordered by the Ogun State Police Commissioner, Ikemefuna Okoye. The attackers have not been apprehended.

The cleric, who was also the former President of Christian Association of Nigeria, CAN, gave the advice to his attackers during his 70th birthday program in Abeokuta on Monday. He said he had forgiven the bandits and would accommodate them if they turned a new leaf.

Mr. Akinola, who spoke with journalists shortly after his birthday church service held at Cathedral of St. Peter, Ake, Abeokuta, said he had no grudges with his attackers, but would be happy if they show commitment to learn a skill/trade to better their lives.

He said the Peter Akinola Foundation he established was meant to rehabilitate and better the future of the youth and discourage them from all forms of social vices and crimes.

“These are young people; maybe they don’t know what they are doing. Maybe they are also agents of somebody who did not know. But whatever it is, I thank God for them and pray that God will give them change of heart to know that beheading the head is not the solution to headache,” Mr. Akinola said.

“I will urge them to go and learn a trade and become useful citizens of this country. Our foundation is ready to absorb them to learn a trade which will better their lots. Killing people, stealing from other people is not the answer. They don’t have to wait for government or blue collar for employment. They can use their own hands to earn a living,” he added.

It was also attended by 69 Bishops of the Anglican Church and traditional rulers from Ogun State.