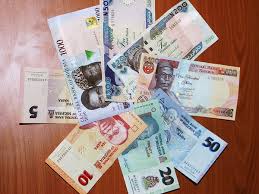 The ECA said the African economy would on average grow by 4.7 per cent GDP in 2014

The UN Economic Commission for Africa (ECA) has listed Nigeria among selected West African nations to witness a GDP growth of 6.9 per cent in the current fiscal year.

The ECA, in its annual World Economic Outlook, released on Thursday in Addis Ababa, projected that the African economy would on average grow by 4.7 per cent GDP in 2014.

“West Africa will continue to attract investment in the oil and minerals sector, a key source of growth in the sub-region, especially in countries such as Nigeria, Niger, Ghana, Liberia, Sierra Leone, Guinea and Burkina Faso,” the report stated.

The UN agency also said the GDP growth would, at that, be supported by improvement in global economic and regional business environment. It also said high commodity prices and easing infrastructure constraints, as well as increasing trade and investments from emerging economies, would help in this direction.

The agency said factors like medium-term growth prospects, increasing domestic demand from emerging class of new consumers associated with urbanisation and rising incomes would be responsible for the expected growth.

The report said inflation across Africa will decline slightly from the average 8.0 per cent in 2013 to 7.8 per cent in the current fiscal year.

The report, however, expressed concern that the record economic growth in the continent had not impacted positively on the African peoples.

It called on governments to focus more on providing infrastructure and efforts to modernise their country’s Small and Medium Enterprises (SMEs) for faster growth among the low income- earners.

Should the Nigeria National Anthem be rendered as entertainment song?