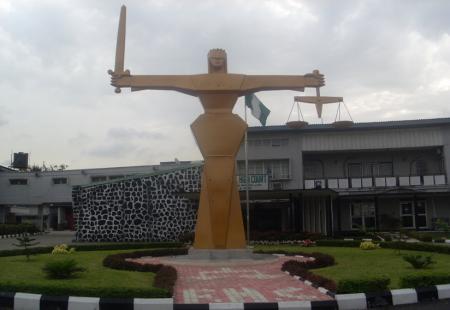 The absence of a prosecution witness, Mary Paul, in an Abuja High Court on Tuesday, stalled the trial of a pastor, Emmanuel Mathew, 50, charged with the alleged rape of three minors.

Mr. Mathew, who is the General Overseer of The Choice Bible Church, Mpape, and proprietor of the primary school where his victims attended, was arraigned on a five-count charge.

The police accused him of raping two seven-year-olds and a nine-year-old pupil on different occasions in his school.

When the case was mentioned before Justice Hussein Baba-Yusuf on Tuesday, the prosecutor, Stanley Nwodo, informed the court that the prosecution witness, who is also the mother of one of the victims, was absent in court, due to ill health.

“My Lord, the case cannot go on as our key witness is presently having health challenges,” he said.

Mr. Nwodo also told the court that the three pupils in question are minors and applied to the court for an adjournment to also enable the judge hear the children in Chamber and not in open court.

He, therefore, prayed the court for an adjournment.

The defence counsel, Uy Yamah, objected to the prosecution’s application.

In his ruling, Justice Baba-Yusuf, granted the prosecution’s application and adjourned the matter to March 27 for the continuation of the hearing.

The offence contravenes the provisions of Section 283 of the Penal Code.

If convicted, the suspect is liable to 14 years imprisonment or fine or both.

Mr. Mathew had pleaded not guilty to the five-count charge and was also granted bail in the sum of N500, 000 and a surety in like sum.