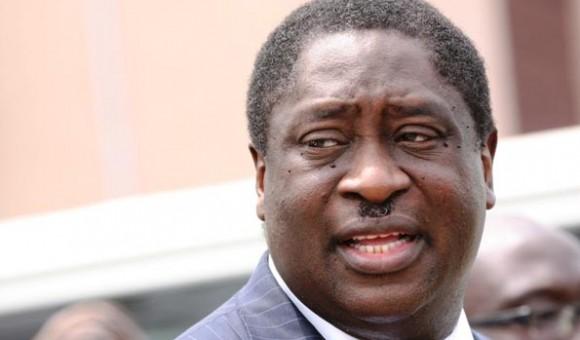 Mr. Babalakin and others are facing a N4.7 billion money laundering.

The defendants had been arraigned in January 2013 but their trial is yet to commence.

The judge said that despite the court adjourning the matter since over a month ago, the processes filed by the defence counsels did not reach him early.

“Apart from (Roland) Otaru (counsel to the third defendant), all the other applications were brought to my attention about 20 minutes ago,” Mr. Lawal-Akapo told the court on Monday.

“In a matter of this nature, it is always good to study the processes and ask pertinent questions as the matter goes along.

“What I will suggest is that counsels sit and identify all these processes and their facts. To be sure that all the processes are filed,” Mr. Lawal-Akapo added.

With the exception of John Aga, counsel to Mr. Okoh, who said he filed his application last Friday; the other defence lawyers said that they filed theirs last month.

Rotimi Jacobs, counsel to the EFCC, noted that the judge needed time to leaf through the heap of papers filed by the defence.

“The reply on the point of law by the first defendant (Mr. Babalakin) alone is 40 pages. That shows the seriousness of the application,” he added.