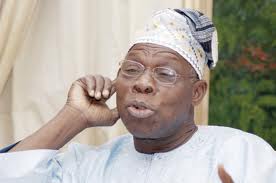 Former President Olusegun Obasanjo has challenged his estranged political associate and chieftain of the Peoples Democratic Party, PDP, in Ogun State, Buruji Kashamu, to seek legal redress on his description of Mr. Kashamu as a drug fugitive wanted by the United States authorities.

Mr. Obasanjo had, in an open letter to President Goodluck and the leadership of the PDP, frowned at Mr. Kashamu’s elevation as a party leader in the South-West geopolitical zone where the former president hails from, vowing not to participate at party functions if Mr. Kashamu remained at his post.

The former president described Mr. Kashamu, who is the Chairman of the Organisation and Mobilisation Committee of PDP, South West, as a “habitual criminal” wanted by the United States government on drug charges.

To back his claim, Mr. Obasanjo forwarded to the president and the PDP leadership, a cache of incriminating documents on Mr. Kashamu, including court papers and media clippings.

One of the documents, a clip of the Chicago Tribune newspaper edition of November 14, 2013, marked No 1 by Mr. Obasanjo quoted the U.S attorney’s office as saying Mr. Kashamu “is still wanted on charges alleging his drug ring moved millions of dollars’ worth of heroin from Europe and Southeast Asia through O’Hare International Airport during the 1990s.”

Mr. Kashamu has denied wrongdoing, alleging that Mr. Obasanjo was crying foul because he had lost relevance in the PDP.

Speaking through his lawyer, Alex Izinyon , the politician gave Mr. Obasanjo a five-day ultimatum to retract his words in the letter dated December 2, 2013 or risk legal action.

However, in a response via his counsel, Abeeb Ajayi, Mr. Obasanjo said Mr. Kashamu’s planned court action was a welcome development as it would enable him justify the contents of his letter to Mr. Jonathan.

In his reply dated January 14, 2014, the former president said he stood by his letter and action.

Mr. Ajayi’s two page response of behalf of his client stated that the opinion expressed by the former president with regards to Mr. Kashamu was in the interest of the country, and therefore did not require retraction.

The lawyer insisted that Mr. Obasanjo’s letter did not suggest any form of vendetta and was not malicious or misleading in anyway.

“That the portion of the letter which referred to your client are correct and not misleading and our client is ready to justify any aspect of the reference which is already within the public domain,” a portion of the response read.

The lawyer went on to ask Mr. Kashamu’s counsel to be most professional in doing the bidding of his client “who only admitted in his open letter to our client that “the allegation against him is that of mistaken identity.””

“You have heard the last of our client on this issue except that he will take advantage of the anticipated legal action to justify the contents of the said letter,” Mr. Ajayi wrote.