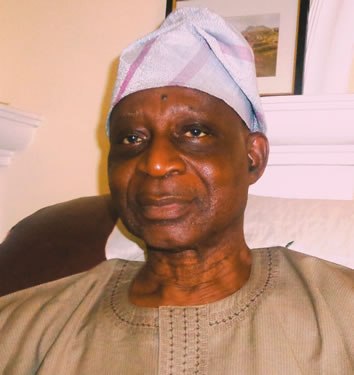 The Afenifere Renewal Group, ARG, has rejected the recommendations of the Femi Okurounmu’s Presidential Advisory Committee on National Dialogue for its inability to “engender the type of confab that Nigeria needs.”

In a statement on Sunday, the Yoruba socio-political group said that any conference convened based on the recommendations of the committee cannot meet the yearnings of Nigerians.

“ARG maintains its stance that the proposed conference must be a conference of ethnic nationalities in Nigeria,” the group said in the statement signed by Kunle Famoriyo, its Publicity Secretary. “We found the recommendation that representation should be based on federal constituencies distasteful because this political structure has been used as veritable tools of injustice, social, and political discriminations that have held this country bound.”

The ARG insisted that equal number of delegates must come from each of Nigeria’s six administrative regions, noting that the regions had become a defining structure for almost any national issue.

“Our recommendation therefore is that equal number of delegates should come from each administrative zone and these delegates should be selected by ethnic nations within each zone,” the statement continued.

Afenifere also rejected the recommendation that conference delegates be saddled with the responsibility of deciding how decisions and outcomes of the proposed conference would be integrated into the Constitution and Laws of Nigeria.

“This committee could not come up with any recommendation on this particular Term of Reference, despite the avalanche of historical antecedents in other countries, more than 1,000 presentations and memoranda, technical presentations from renowned experts and leaders, and several other consultations available to it. This is, to say the least, an evasion of responsibility and rejection of popular desire for a new Constitution.”

According to the group, a cursory look at the 38 agenda recommended for discussion by the committee is a confirmation that Nigeria needs a new Constitution, which it “surprisingly shied away from recommending.”

“Resolving constitutional problems in Nigeria cannot be the most difficult in the world and certainly, not as difficult as the committee, in its recommendation, want us to believe,” the statement noted. “ARG, in coalition with many Yoruba groups have recommended that the decisions and outcomes of National Conference should only be subjected to a referendum and this process should produce a brand new Constitution for Nigeria.”

Afenifere also noted that the national conference becomes more unfair and unjust when a third of the delegates are to be nominated by the President.

“We therefore kick against the nomination of any delegate, whether from any public official or from special interest groups. Our stand is that every Nigerian belongs to an ethnic nation and in fact, the presidency of Nigerian Bar Association is already pre-determined on the basis of ethnicity and this has worked for them. We therefore see no reason why selection of delegates cannot be devolved to ethnic components of Nigeria.

“We believe that the proposed conference is a make or mar issue for President Jonathan that initiated it and for Nigeria – for the president because it will be the most defining legacy of his administration and for Nigeria because only a complete restructuring can save the country from the gradual collapse buffeting all its public institutions.”

Kenya: Lupita Nyong’o wins yet another award for 12 Years a Slave