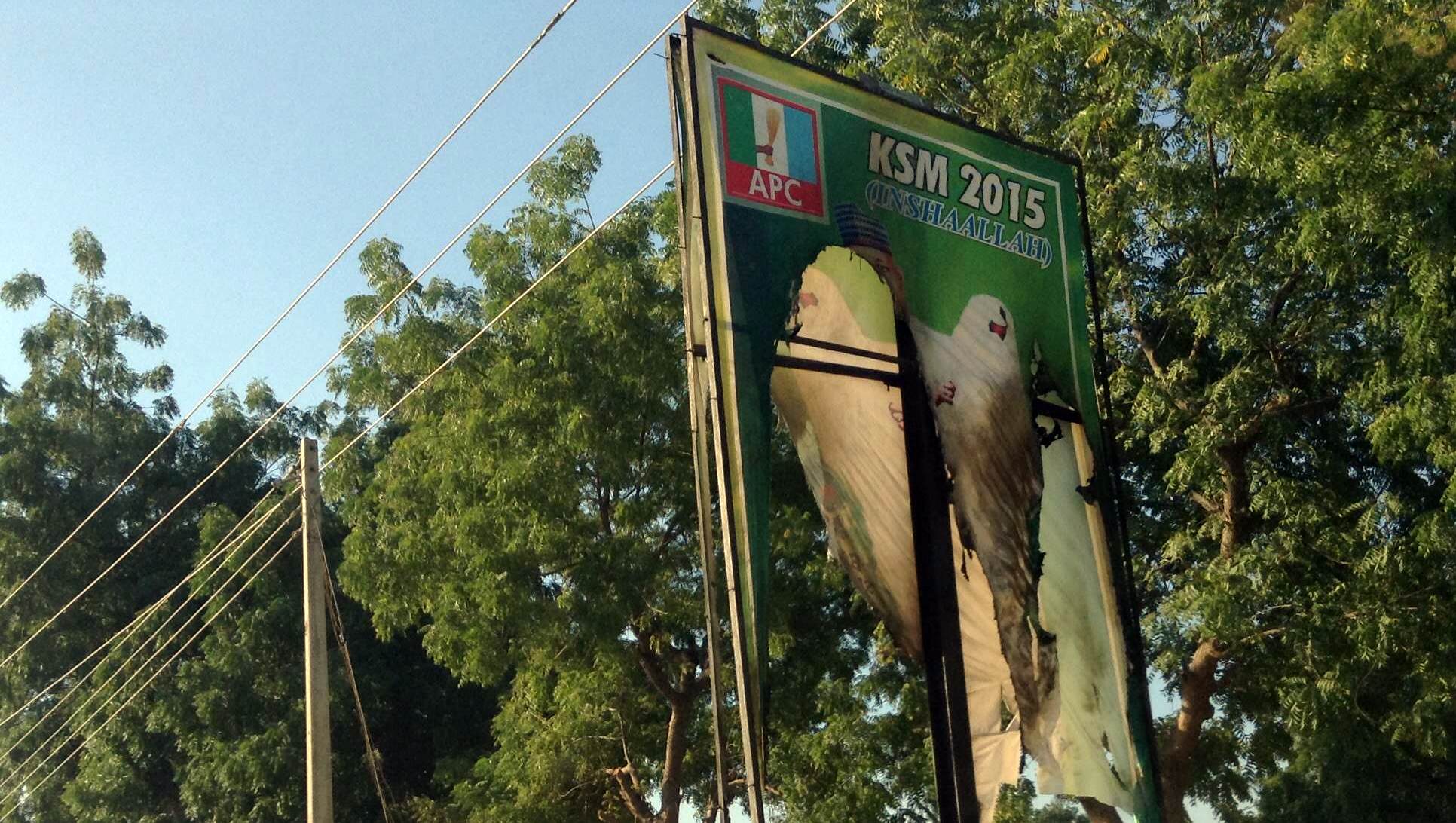 At least 31 people were killed from Tuesday’s suicide bombing in Maiduguri, the Borno State capital, according to security sources and eyewitness accounts. Over 50 people also sustained various degrees of injuries.

The incident, which occurred at 1:30 p.m., was witnessed by our reporter who was some 200 meters away from the spot of the deadly blast.

However, while survivors and aide workers battled to pick shredded or charred corpses off the littered road, youth in their hundreds took to the streets attacking persons, and smashing vehicles, suspected to be supporters of the former state governor, Ali Modu Sheriff.

The Tuesday blast in Maiduguri was the first since the mid-March 2013 explosion that occurred near the city’s main market.

From the observation of our reporter and accounts of various eyewitnesses, about 31 corpses were recovered and removed from the scene by Red Cross officials and aide workers.

However, the state police commissioner, Lawan Tanko, said his officers had counted 17 corpses as at 2 p.m. on Tuesday.

“We still counting; I have instructed our officers to go round the University of Maiduguri Teaching Hospital and the State Specialists Hospital to confirm if there are other corpses we have not recorded,” he added.

According to the police commissioner, “the suicide bomber detonated a pickup van loaded with firewood in the middle of the road at about 1:30 p.m.”

Mr. Lawan explained that the van exploded near a military post, located at the most densely populated business area and caused several other vehicles moving in the traffic to be burnt.

The bomb blast assumed a political dimension when, about an hour later, angry youth groups took to the streets in violent protest, pointing accusing fingers at the former state governor, Ali Modu Sheriff. Mr. Sheriff, who visited the city at the weekend after 11 months away, was accused of being the cause of the explosion.

The youth gathered in hundred and attacked every vehicle they saw with the posters of Mr. Sheriff and that of the state’s deputy governor, Zannah Mustapha.

Shortly after the incident, the ex-governor, who was billed to hold an inaugural All Progressives Congress, APC, meeting where interim party officials in the state would be inaugurated, shelved the meeting and left the city. He was accompanied by the state police commissioner and other top security chiefs in the state.

The angry youth, carrying APC campaign posters and some wearing the party’s face-caps and T-shirts, had also set ablaze the campaign office of the ex-governor, located near the First Bank building along Kashim Ibrahim road.

The youth, who were carrying sticks, machetes, and clubs had attempted to advance towards the GRA house of the ex-governor as well as that of the state deputy governor before they were intercepted by the security operatives who blocked all the major roads.

The deputy governor, according to PREMIUM TIMES findings, was attacked for accompanying Mr. Sheriff on his visits to the state. Mr. Mustapha led top APC politicians to welcome Mr. Sheriff to the state from Gombe Airport to Maiduguri over the weekend.

A Toyota Corolla car that had the stickers of the deputy governor was chased from the Post Office area up to the Bolori Round About that leads to Government House where it was attacked with stones, and later burnt down by the raging youth. The driver escaped by abandoning his car before the youth closed in on him.

As the situation degenerated, some of the youth attempted to attack the APC state office situated very close to the Government House, Maiduguri.

They set ablaze the two campaign posters of Governor Kashim Shettima mounted in front of the newly acquired party office, before armed security personnel chased them back.

Along the Damboa road area of Maiduguri, angry youth who barricaded major road junctions with burning tyres also advanced towards the home of the ex-governor’s father, Galadima Modu Sheriff, but were intercepted by armed police officers of the Counter Terrorists Unit.

Scores of cars were vandalised for either bearing the 2015 campaign stickers of the Deputy Governor, Zannah Mustapha, or the pictures of Mr. Sheriff. Many car owners, who attempted to challenge their actions, were beaten up.

“We are going see the end of Ali Sheriff and his accomplice, Zannah Mustapha, who had brought this calamity to us. They are behind this bomb explosion,” the youth chanted as they smashed vehicles windscreens.

But in a swift reaction from Abuja, Mr. Sheriff accused the officials of the ruling APC in Borno State for being the architect of the blast and coordinated attacks on his property and vehicles of his supporters. He alleged that the attacks, including the bomb blast, were not the handiwork of the Boko Haram but a plot by his fellow APC politicians to undermine his influence and frustrate his regular visit to the state ahead of 2015.

Mr. Sheriff made this allegation in a statement signed by his Campaign Organisation Chairman, Bako Bunu.

“The bomb blast that rocked Maiduguri the Borno state capital yesterday, was not from the dreaded Islamist Boko Haram sect but an act of arson targeted at former governor, Senator Ali Modu Sheriff who was in the state for a condolence visit,” the spokesperson said.

Mr. Sheriff and the state governor, Kashim Shettima, whom he helped into office in 2011, are members of the APC. Both men are, however, battling to control the party in the state.

“Senator Sheriff sincerely sympathises with all those affected by the bomb blast planted by evil state government officials in Borno who are doing this in the name of scoring cheap and irresponsible political goals,” the ex-governor’s spokesperson said.