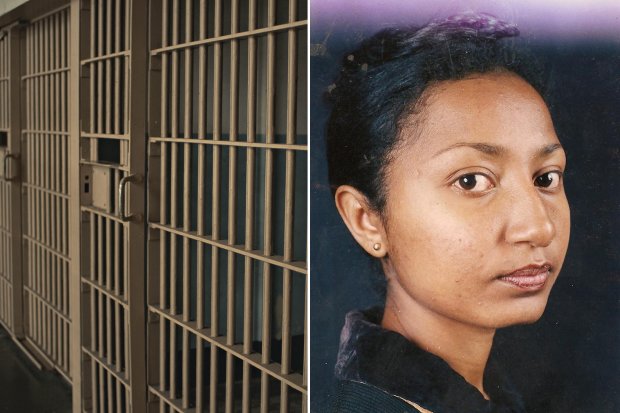 Alemu was arrested for anti-government sentiments

A global women’s rights and advocacy group, Safe World for Women, has put up an online petition for the immediate release of jailed award-winning Ethiopian journalist with breast tumour, Reeyot Alemu.

Ms. Alemu, 34, who is also a teacher, was jailed under the nebulous Ethiopian anti-terrorism law for her criticism of the intolerant government in Addis Ababa. On June 21, 2011, she was arrested from the school where she teaches and kept in an undisclosed location.

Four days earlier, she had written a critical article about the fund-raising method for a dam project by the ruling political party in her country comparing then Prime Minister of Ethiopia, Meles Zenawi, with late Libyan leader, Muammar Gaddafi. She was subsequently charged with supporting an unnamed terrorist organisation but her specific crimes were not listed. In 2009, the Ethiopian government passed a vaguely worded and far-reaching anti-terrorism law that allows it to charge anyone thought to be encouraging terrorism.

Ms. Alemu was initially sentenced to 14 years in prison and fined about $2,000 (N319, 580) but an appeal court later commuted the sentence to five years. During her trial a government prosecutor presented articles she had written criticising the prime minister and telephone conversations about peace protest as evidence against her.

Despite her failing health, she refused an offer of clemency in exchange for providing information on other journalists. She was placed in solitary confinement for two weeks as punishment.

In 2012, the International Women Media Foundation, WMF, presented the Courage in Journalism Award to Ms. Alemu in absentia for her “refusal to self-censor in a place where that practice is standard, and her unwillingness to apologize for truth-telling, even though contrition could win her freedom.”

“I believe that I must contribute something to bring a better future… Since there are a lot of injustices and oppressions in Ethiopia, I must reveal and oppose them in my articles,” she told the IWMF in an earlier interview.

She is also the 2013 winner of UNESCO-Guillermo Cano World Press Freedom Prize.

She was held for three months before the trial without the opportunity of a counsel during the trial proper. Her charges were never read to her and the witnesses used by the prosecutor were anonymous. Before the trial, the government also ran a documentary on national television profiling her as a terrorist.

Despite the tumour in her breast, she is being denied proper medical care. Her father, the only person allowed to see her said her breast is bleeding. She might lose the entire breast, even die, if she does not get prompt attention.

Amnesty International described her continued detention as an “affront to freedom of expression.”

The Ethiopian government is one of the most intolerant governments in the world.

The Committee to Protect Journalists, CPJ, said, “Ethiopia has refused to comply with a decision by the U.N. special rapporteur on torture in the case of Reeyot.”

“Woubshet Taye, Reeyot Alemu, and Elias Kifle have been sentenced solely in relation to their peaceful exercise of their right to freedom of expression, in violation of Article 19 of the International Covenant on Civil and Political Rights and Article 9 of the African Charter on Human and People’s Rights, to which Ethiopia is a signatory. We therefore protest the harsh sentences handed down to them and call for the immediate and unconditional release of Taye and Alemu,” said the PEN American Centre.

The Petitioner seeks 10,000 signatures; so far only 810 people have signed it. Interested people can sign it on http://chn.ge/1iGxvQj