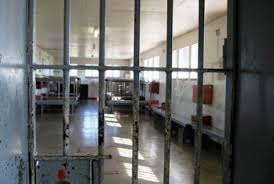 At least 100 Nigerians are currently languishing in various Moroccan prisons, the Nigerian ambassador to Morocco, Abdallah Wali, said on Sunday.

Mr. Wali told journalists in Sokoto that most of the detainees were held for offences relating to illegal migration, drugs and petty crimes.

“There is no existing protocol between Nigeria and Morocco regarding repatriation of Nigerian prisoners or Moroccan prisoners to their respective countries,” he said.

“What we do is that the embassy frequently visits Nigerian prisoners in various prisons spread across the country.”

The envoy also said that during such visits, the embassy officials listen to the prisoners and collate their requests for onward transmission to the authorities.

“So they get attention, whether it is medical, sometimes even on the food they eat. Sometimes they also need access to some things that are not provided in the prisons,” Mr. Wali said.

Some Nigerians were also among prisoners pardoned by the King of Morocco, the ambassador said.

He also said that there were currently about 100 Nigerians legally resident in the North African country.

“But, we have a couple of thousands of Nigerians illegally resident too inside Morocco,” he said.

Mr. Wali said that the mission was partnering with the Ministry of Foreign Affairs in Abuja to stem the tide of illegal migration of Nigerians to Morocco.

He said that the mission had conducted some series of workshops to sensitise Nigerians to that “especially Nigerians who come from areas that are prone to visiting Morocco illegally.

“The whole idea of visiting Morocco illegally is because of its proximity to Europe.

“It takes only 15 kilometres to cross the Mediterranean Sea into Spain,” he said.

Mr. Wali expressed regret that many Nigerians were often stranded in Morocco, as such, became illegal migrants.

He stated that the Ministry of Foreign Affairs in Abuja had tried to sensitise Nigerians against illegal migration through the Moroccan route.

“So, we hope that with time the number will continue to decline,” Mr. Wali said.

Mr. Wali advised Nigerians to remain at home to become local entrepreneurs and develop the nation.

He also commended the Federal Government for taking plausible measures to shore up the funding of the nation’s missions abroad.