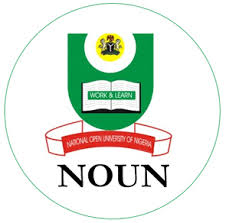 The Vice-Chancellor of NOUN says the school’s materials can be found online.

Mr. Tenebe said in an interview on Thursday in Abuja that the rating of NOUN had placed Nigeria’s education top in the international sphere.

He added that NOUN had remained a provider of open education resources.

“That means you can go online and use our materials freely, and that is a great contribution to human resources and international manpower development,” he said.

The Vice-Chancellor said this development places Nigeria as the second country only to UK.

He explained that admission was done online giving candidates opportunities to process admission from any location.

According to the vice-chancellor, admissions letters are also given online with instructions on processes of registration.

“It is an institution that makes university self-sustaining; you don’t have to look for job in any institution.

“You can be an employer of labour, it gives skill acquisitions and it places you on international community so that you become useful.’’

Mr. Tenebe said that NOUN had the mandate to award first degrees, second degrees and even PHD.

He said that with the inauguration of a governing board for the university on Thursday, NOUN would have a smoother administration in the area of finance and capital projects.

Brazil 2014: “No automatic jersey for any player”, NFF says