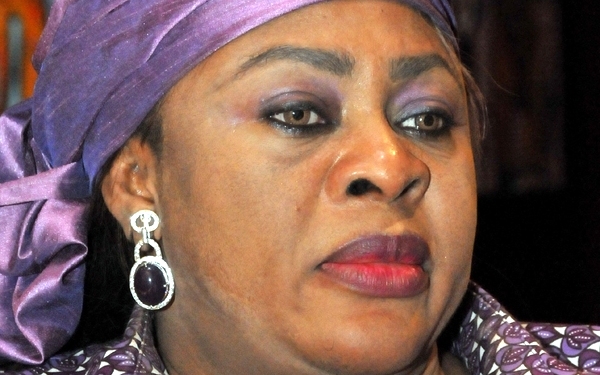 Twenty-four hours after her claim to have acquired a Masters degree from the  St. Paul’s College in the United States was punctured, PREMIUM TIMES has uncovered another false claim by our embattled Minister of Aviation, Stella Oduah.

This time, the minister lied on oath to the Nigerian Senate, claiming another American ‘university’, Pacific Christian University awarded her an honorary doctorate degree in 1998.

Mrs. Oduah made the claim in a 7-page resume she distributed to Nigeria’s 109 senators during her confirmation hearing on July 2, 2011.

On page four of the document, the minister claimed the university, which she said was based in Glendale, awarded her an honorary doctorate in Business Administration.

It was based on this document that she was grilled and eventually confirmed by the lawmakers.

But investigations by PREMIUM TIMES suggest that no university called Pacific Christian University exists in the United States.

The U.S. Department of Education, through its National Centre for Education Statistics, keeps an up-to-date database of all public libraries and educational institutions in the country – public, private  and colleges.

Our reporters searched by state (California), city (Glendale) and name of institution (Pacific Christian University). Yet, nothing came up in the name of the university Mrs. Oduah claimed gave her an honorary doctorate.

According to the database, there are six colleges (universities) in Glendale,  a city of 191,719 inhabitants in Los Angeles County, in the state of California.

There is no such university known as Christian Pacific College as claimed by the minister.

The spokesperson for the National Centre for Educational Statistics, Susan Ad, could however not be reached for comments.

She is yet to return calls and reply an email sent to her by this newspaper.

The spokespersons for the minister appear unwilling to comment for this story.

Efforts by PREMIUM TIMES to get them to react to this new revelation were unsuccessful.

Joe Obi, her special assistant on media, did not answer or return calls.

Yakubu Datti, the spokesperson of the aviation agencies, who usually speak for her, answered our call but immediately said he would call back. He is yet to do so as at the time of publishing this.

Meanwhile, in the same resume she submitted to the Senate, Mrs. Oduah did not indicate that she got a Masters from St. Paul, raising questions on why she made that claim in her official citations and profiles posted on the Ministry of Aviation website, her personal website and her Wikipedia page.

She only claimed in the document to the Senate that she obtained a Bachelor of Science degree from St. Paul’s College in 1982, a claim that PREMIUM TIMES is investigating.

The spokesperson for the Nigerian senate, Enyinnaya Abaribe, tried Tuesday to extricate the senate from blame as Nigerians criticize the lawmakers for conducting a sham screening exercise that allowed Mrs. Oduah to get away with lies and deceits.

Mr. Abaribe said the lawmakers depend largely on the nation’s security agencies to help them investigate claims by appointees of the president.

He said in conducting screening exercises, the senate relies largely on reports forwarded to it by the security agencies.

Mrs. Oduah, and her associates have spent the last several hours scrambling to clean up the minister’s biographies on the Internet, following allegations that she lied about her academic qualifications.

Already, Mrs. Oduah’s biography on the website of the Ministry of Aviation has been revised, with references to St. Paul’s College now wiped out.

The Wikipedia page of the minister was also edited and it now has no reference to the university Mrs. Oduah attended. The last edit on the Wikipedia page was done at 14:41 p.m. Nigerian time Tuesday.

All links and reference materials on the Wikipedia page capable of linking the minister to the university that has disowned her have also been deleted.

Even the minister’s personal website  has been reviewed to remove any reference to St. Paul’s College.

Mrs. Oduah had since October been enmeshed in a a N255million armoured cars scandal in which she was accused of compelling an agency under her supervision, the Nigeria Civil Aviation Authority, NCAA, to buy her two exotic bullet cars at clearly inflated prices.

The purchase of the cars generated outrage for weeks because its cost was inflated, and it was neither listed in the government-approved budget nor did it comply with the Nigeria’s public procurement law.

The House of Representatives has since asked President Goodluck Jonathan to sack the minister but the president has failed to act.