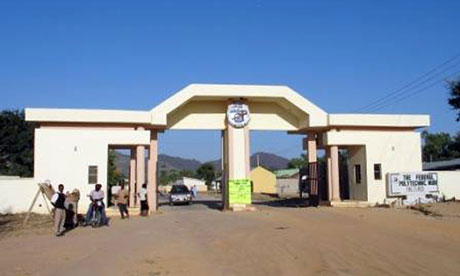 The Monday meeting between the Academic Staff Union of Polytechnics, ASUP, and the Federal Government, in Abuja, ended in a deadlock, said the National Publicity Secretary of the union, Clement Chirman.

“The whole thing about the ASUP strike is that there is no definite response from government. It’s the same thing over and over again. It’s either we meet or we are meeting or we will meet; and after all the meetings, up till now, none of the issues have been tackled,” Mr. Chirman told PREMIUM TIMES.

He expressed disappointment that government did not attend to the union’s issues at the same time it was handling that of the Academic Staff Union of Universities, ASUU.

PREMIUM TIMES learnt that the government’s delegation to the Monday meeting was led by the Labour Minister, Emeka Wogu.

“Our expectation was since we were on strike while the government was negotiating with ASUU and at that same time negotiating with us – our cases were similar – government would have just handled the issues together and forgot about them,” he said. “But government went ahead and attended to just ASUU and left ASUP. That will explain to you the type of thing ASUP has been talking about; segregation and the concept people have about polytechnics in Nigeria.”

Mr. Chirman maintained that polytechnics would remain closed until the government attended to ASUP’s demands.

“The polytechnics will remain closed and nothing will happen until the funding have been provided and some other pending issues are addressed alongside white paper of the Visitation Panels to Federal Polytechnics and pay arrears owed to polytechnic staff,” he said.

ASUP embarked on a nationwide strike on October 1, 2013. Amongst its demands include the removal of the dichotomy between HND holders and University graduates in placement and career progression; constitution of an effective and functional governing council for polytechnics; a white paper on visitation panels to polytechnics and a much-needed assessment of polytechnics.

The Education Minister, Nyesom Wike, and his labour counterpart, Emeka Wogu, could not be reached for their reaction to the deadlocked meeting. Calls and sms to the phone of Mr. Wike’s spokesperson, Simeon Nwakaudu, were not answered or responded to.