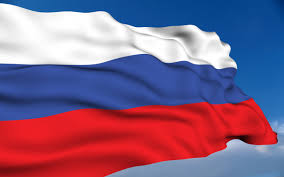 The United Nations, UN, Security Council has condemned the terrorist attack that occurred at the central train station of Volgograd, the Russian Federation on Monday, causing numerous deaths and injuries.

The members of the council, in a statement, extended their condolences to the families of the victims and expressed their sympathy to all those injured in the heinous act.

They also extended their condolences to the people and the government of the Russian Federation.

The council, however, reaffirmed that terrorism in all its forms and manifestations constituted one of the most serious threats to international peace and security.

It stated that any acts of terrorism are criminal and unjustifiable, regardless of their motivation, wherever, whenever and by whomsoever committed.

The members of council reiterated their determination to combat all forms of terrorism, in accordance with their responsibilities under the Charter of the United Nations.

They also underlined the need to bring perpetrators, organisers, financiers and sponsors of the reprehensible act of terrorism to justice.

The council urged all states, in accordance with their obligations under international law and relevant Security Council resolutions, to cooperate actively with all relevant authorities in this regard.

Reality Check on Fiscal Policy in Nigeria, By Ayo Teriba