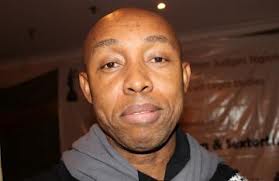 The Chairman of National Human Rights Commission, NHRC, Chidi Odinkalu, has found fault with the latest report of the Human Rights Watch, HRW, on the violence in the Middle Belt region for its “oversimplification of a profoundly troubled and complex context” merely on sectarian terms.

In a personal letter to the Organisation’s Executive Director, Kenneth Roth, and the Executive Director, African Division, Mr. Odinkalu pointed out that the report fell short in its underlying theories, context, method and narration as well as its views on accountability.

The Nigerian Police Force, NPF, had earlier condemned the report.

The HRW in the report titled, Leave Everything to God: Accountability of Inter-Communal Violence in Plateau and Kaduna States, cited sectarian conflict as the root cause of the violence in the states.

It also blamed the inability of the police and the judiciary to successfully prosecute the perpetrators and known sponsors, as a major reason for continued violence across the country. The group said government lacked the political will to bring the perpetrators to book.

Although he commended the HRW for its leading role in advancing human rights in Africa and in Nigeria in particular, Mr. Odinkalu however said the flaws in the report would deepen, rather than alleviate the problem it sought to solve as well as tarnish the report’s credibility as a significant document for policy and advocacy.

“Its underlying thesis is that of the crises in both the Plateau and Kaduna can only be explained in sectarian terms and seems to imply the answer is to prosecute our way out of it,” Mr. Odinkalu stressed. “The report makes no effort to pursue any alternative or complementary explanations for the crises. Its line of inquiry is thus pre-determined at the point in which it reduces all identity-related violence or conflicts in Nigeria to sectarianism amok. Yet there is ample material both outside and within the report to suggest this should have been done.”

Recalling the group’s previous observation that the violence in Nigeria and the Middle Belt in particular was as a result of a combination of sectarian, poverty, political marginalisation, amongst other factors, Mr. Odinkalu wondered what informed the narrowing of the underlying cause of the upheaval this time to just sectarian in just over four years.

He said, “It surely has a burden to explain and support how its theory has evolved over this period and why. This report offers no such material and does not appear to recognize this as necessary. Its line of inquiry seems pre-determined by theoretical blinkers that are incompatible with dispassionate human rights fact-finding and places it at risk of credible accusations of descending into jingoism.”

Mr. Odinkalu noted that due to its fixation on a single-factor diagnosis and narrative, the report missed important issues of context and nuance that would have helped it as a document. He observed that apart from not factoring in the ethnic diversity of the affected areas in the period it covered, the document failed to acknowledge the shift of the violence from urban areas to rural areas.

He also said that the report did not take into consideration the fact that the conflict was about livelihood, access to land and human survival, pitting pastoralist and sedentary populations against one another in a context of evolving ecological conditions and land use pressures.

“The evidence in support of these points is not difficult to find. Indeed, anyone conversant with the context will glean some of these patterns from a close reading and analysis of parts of the report. Yet, these nuances seem beyond the capabilities of the report,” he stressed.

Mr. Odinkalu also faulted the methodology employed by the HRW.

According to him, while the report said its findings were based on field reports and interviews conducted with witnesses in the affected states between 2010 and 2012, it however failed to recognise the important changes in political offices as well as the judiciary in the period.

He also faulted the report for failing to make use of credible resources on the conflict available to it.

He said, “This report could have benefitted from the insights of the relevant authorities in Nigeria. Instead, I’ve pulled the copy for this feedback off the Web. I’ve checked with the relevant personnel and can confirm that no one contacted the National Human Rights Commission about this report. None of the recommendations have been directed to the Commission.

“Presumably, however, HRW is interested in these sites of violence because the allegations in this report are human rights issues. The contacts with the federal justice authorities and national security authorities also appeared equally half hearted or non-existent at best.”

Mr Odinkalu also frowned at the narrative adopted by the HRW in the report, warning that it had the potential of exacerbating the problem.

“Above all, there is a responsibility on all who work in situations such as those covered by this report to ensure that the interventions do no harm,” he said. “This report largely fails to honour this responsibility. In the event; this report conducts its narration in relation to on-going situations of active inter-communal tension with a reliance on emotive expressions that seem almost assured to beatify competitive claims of persecution and victimhood.

“When you recall that this is a context of chronic violence, then these expressions surely read like sectarian gasoline poured into an on-going conflagration. This is not responsible reporting.”

Article of Faith: Does God Not Care That We Are Suffering? By Femi Aribisala