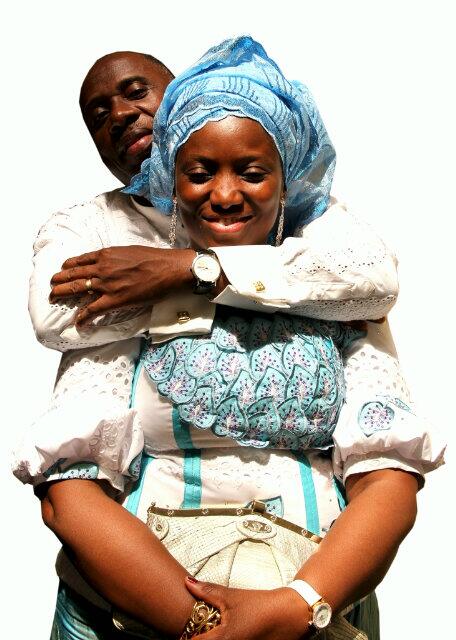 For the governor of Rivers State, Chibuike Amaechi, the christmas holidays offered an added opportunity as he took time to respond to claims making round that he was having an affair a daughter of Nobel Laureate, Wole Soyinka, and that the daughter, never named in the rumor, was pregnant.

The governor denied the rumour through his twitter handle on December 18. PREMIUM TIMES became aware of the tweets Saturday morning.

The rumour, in Port Harcourt, widely broadcast, claimed that a daughter of the Nobel Laureate was expecting a child for Mr. Amaechi and that she was already living in the Government House.

It was further alleged that the governor’s wife, Judith, had moved abroad following the domestic challenges she was having with her husband.

It was claimed that the absence of the First Lady gave Mr. Soyinka’s daughter the opportunity to establish her full presence in the Government House.

But in the tweet, Mr. Amaechi debunked the rumour, saying it was a big lie, which was part of the ongoing campaign to smear his image.

“That rumour about me and Prof. Soyinka’s daughter is a big outrageous lie. It’s certainly part of the ongoing political campaign to smear…..”

In another tweet, the governor said his marriage to his wife was intact, adding that they both love themselves.

“…..me and Prof. Soyinka. I have never and will never assault my wife Judith. I love her so much and she loves me too. Our marriage DEY KAMPE. (Top Form).”

…me and Prof. Soyinka. I have never and will never assault my wife Judith. I love her so much and she loves me too. Our marriage DEY KAMPE

On December 24, the governor tweeted a touching birthday message to his wife Judith. The message was accompanied by a romantic photograph, with the governor wrapping himself around his wife.

“Happy birthday to the most beautiful, loving, caring, trustworthy woman alive – my beloved wife and mother of my children, Judith. You’ve been a pillar to me, my partner through thick and thin. I love you so much my darling,” he wrote.

He posted the same message to his Facebook page.

In July, after an open-door lecture series tagged: “WS79 – Memoirs of Our Future: An Audience with Prof. Wole Soyinka,” which held at the African Centre in Covent Garden, London, to commemorate his 79th birthday anniversary, the Nobel Laureate told journalist he was Mr. Amaechi’s friend just as he was to other public officers.

Responding to a question on whether he was a friend of the governor, following his spanking of Nigeria’s First Lady, Patience Jonathan, Mr. Soyinka said, “That Amaechi is my friend is not an allegation.”

He said he would be friends with anyone who has been given the mandate of the people through the electoral process.

He added that he would not shy away from identifying with public office holders if they were fulfilling their obligations and responsibilities of governance.

“To say the Governor of Rivers is my close friend is like saying Kayode Fayemi or Dr. Babangida Aliyu or Governor Ibikunle Amosun or even the Second Republic Governor, Mohammed Shugaba, in Shagari’s administration, is my friend,” Mr. Soyinka said.

He, however, pointed out that “it’s not a matter of friendship,” but defence of democracy and truth, noting that he would not be afraid to switch loyalty if the people he once praised change their ways and start oppressing the same people who elected them.

Nigeria incongrous budgeting system and a dissection of the 2014 federal budget, By Jaye Gaskia