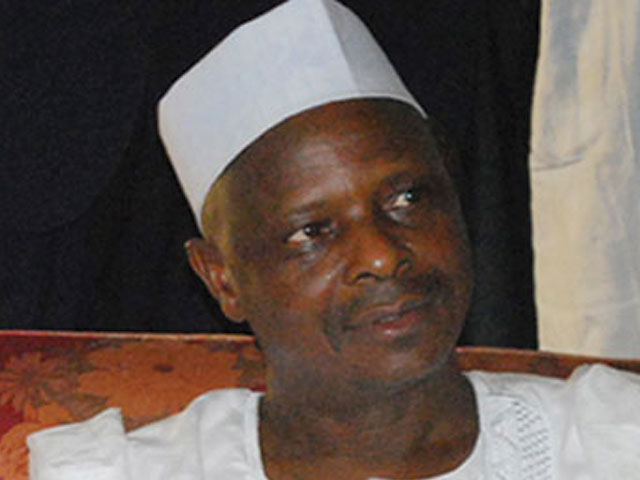 Kano governor asks Nigerians to vote out PDP in 2015

The Kano State Governor, Rabi’u Kwankwaso, said on Friday that more governors elected on the platform of the Peoples Democratic Party, PDP, would soon leave the ruling party.

He did not, however, name the party to which the governors would decamp neither did he state when they would do so.

Mr. Kwankwaso also asked Nigerians to work together to kick out the PDP out of power at the centre during the 2015 general elections.

The governor, spoke when a delegation of the defunct Congress for Progressives Change, CPC, members from Kano, led by Jafaru Isa, paid him a solidarity visit at the Government House, Kano.

Among those on the delegation were a former deputy governor of the state, Magaji Abudullahi, Aliyu Danmaraya, Haruna Ungoggo, Sabo Nanono and Hamisu Buhari.

Describing his recent defection and that of four other governors from the PDP to the All Progressives Congress, APC, as “a tip of the iceberg,” Mr. Kwankwaso said the next batch of governors would quit ruling party because it had lost credibility and potency to take Nigeria to the Promised Land.

The governors who defected alongside Mr. Kwankwaso to the APC on November 26 were Chibuike Amaechi (Rivers), Murtala Nyako (Adamawa), Abdulfatah Ahmed (Kwara) and Aliyu Wamakko (Sokoto).

According to him, Nigerians were yearning for change in every facet of life and that the time for it had come.

He argued that every sensible Nigerian knew that the country needed a change of leadership in view of prevailing circumstances.

“Every rational person knows that we need change. The PDP used to be an umbrella for everybody but it is now a hat for one man. Some people are holding the country hostage so we must come together to rescue it,” Mr. Kwankwaso said.

“The issue is not that of tribalism. Nigerians, irrespective of where they come from have been existing as friends and brothers for long but when somebody from the South-south took over the mantle of leadership of the country, things started drifting. That is why we must come together to save this country.”

The governor stressed that in every democratic system, citizens had a right to voice out their feelings regarding how they were governed.

He explained that his new party, APC was a collection of progressives that were not only determined to cry out against injustice, but also to ensure that Nigerians got the right caliber of people to lead them.

Mr. Kwankwaso described his visitors as partners in progress, noting that it was in line with his belief in the politics of ideology and development as against enmity and mistrust.

Earlier, Mr. Isa, a retired brigadier-general, told the governor that they were at the Government House to express their solidarity and loyalty to the governor as leader of the APC.

He urged him to carry everybody along in the quest to ensure that the ruling PDP is dislodged at all levels in the country.

“APC has its problems which can be resolved amicably,” he said. “We urge you be patient and continue to provide leadership to the people.

“All members of the party are equal so I wish to appeal to you to call our members that have grudges to come forth so that things can be sorted out. Our doors are open and as progressives, we must be willing to embrace all.”

Mr. Isa praised the governor for his commitment towards changing the face of Kano and for the accountability of his administration, urging him to keep the spirit alive.