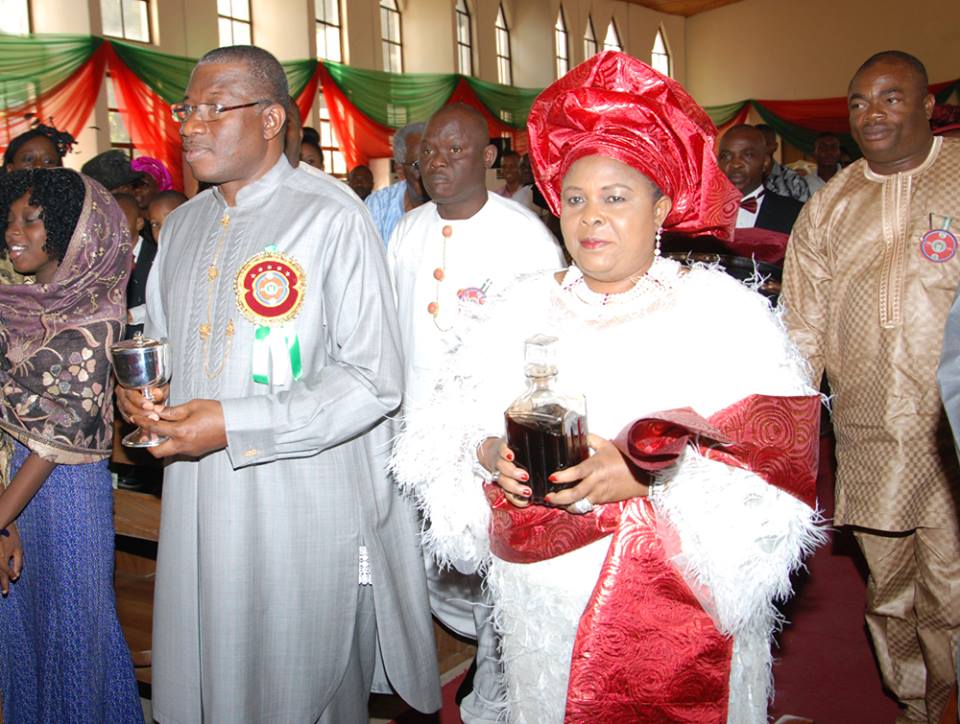 Video shows the media didn’t misquote President Jonathan. It’s rather him who lied against the media

A review of the video recording of President Goodluck Jonathan’s speech at a Christmas Day service in Abuja has shown that the president lied to Nigerians in his claim that the Nigerian media misquoted him.

Mr. Jonathan had claimed on Thursday that the media quoted him out of context in their reporting of the remark he made at a Christmas Day service that the war against insurgency in Nigeria could not be totally won.

In the statement signed by his Special Adviser on Media, Reuben Abati, the president lambasted a section of the media for carrying headlines, which, in his estimation, suggested that the war against terrorisms might never be won in the country.

He particularly criticised two headlines “Terrorism Has Come to Stay” and Insurgency Far From Over – Jonathan” by two newspapers he did not name, saying they were most incongruous with the thrust of his remarks and amounted to taking extreme editorial liberties with his comment at the church service.

Mr. Jonathan, accompanied by members of his family, his aides and some ministers, worshipped at the cathedral church of the Advent, Life Camp, Abuja on Christmas Day during which he made the remarks.

In the Thursday’s statement titled, “Stop this reckless scaremongering” the president said, “Reports in a section of the media today which quoted President Goodluck Ebele Jonathan as saying at a Christmas church service on Wednesday in Abuja that “terrorism has come to stay” in Nigeria are completely untrue and a mischievous misrepresentation of the President’s remarks,” Mr. Jonathan said.

“President Jonathan’s verifiable remarks at the Cathedral Church of the Advent, Life Camp Abuja were to the effect that in comparison with some other countries which have experienced the scourge of terrorism, Nigeria has made remarkable progress in dealing with the security challenges posed by terrorism and insurgency.

“Headlines such as “Terrorism Has Come to Stay” and “Insurgency Far From Over – Jonathan” are therefore most incongruous with the thrust of the President’s remarks and amount to taking extreme editorial liberties with his comments at the church service.

“It is apparent that in their indecent haste to cast the most sensational and negative headlines, some editors never paused to consider that it would have been most absurd for a President whose administration has done so much to reverse the tide of terrorism, to publicly assert the contrary.”

The statement said the president merely pointed out that whereas terrorism remained a global challenge, Nigeria had done comparatively better in reducing the incidence of terrorist attacks within its borders to a reasonable level.

However, a thorough review of the recording of the event revealed that Mr. Jonathan actually said Nigerians should not expect to see terrorism disappear entirely in their country.

He also said terrorism was far being over and that Nigerians should thank God it has been reduced to a manageable level.

A transcript of Mr. Jonathan’s comment on terrorism reads, “For those who know about terrorism, countries that are infested with terror will hardly get out of it. If you look at country like Pakistan, we even go to Pakistan to train our soldiers, in some parts of Pakistan as we are talking now, there appears to be no government. So this country could have been worst.

“Look at the incidences in Abuja, even the police headquarters was bombed, the UN Building was also bombed right here in the seat of government. Maybe the next target would have been the State House.

Meanwhile, the newspapers which published the story with the headlines : “Terrorism here to stay” and “Terrorism Far From Over” told PREMIUM TIMES Friday they are standing by their stories, saying they did not misquote the president in any way.

“There is no contradiction in what we reported, and I believe the response from the presidency is just an afterthought from Reuben Abati,” said Ibrahim Sheme, the Editor of Abuja-based Blueprint Newspaper, which ran its own story with the headline “Terrorism here to Stay – Jonathan”.

Mr. Sheme described Mr. Jonathan as a reckless speaker who hardly thinks before speaking and then only react to the implications of his comments.

“The President should know that whenever he speaks in public, he is talking to Nigerians who are intelligent to make sense of whatever he says. They are just managing the information and they did a bad job of it. The president was quoted correctly and we stand by our story,” Mr. Sheme added.

Also, the Editor of Daily Trust newspaper, Habeeb Pindiga, whose paper owns the “Terrorism Far From Over” headline, simply sent a text message saying “We stand by our story”, when asked to comment for this story.

Beyonce not all Flawless – a commentary on her latest album

What Jonathan said about Nigeria terrorism at Christmas Day Service