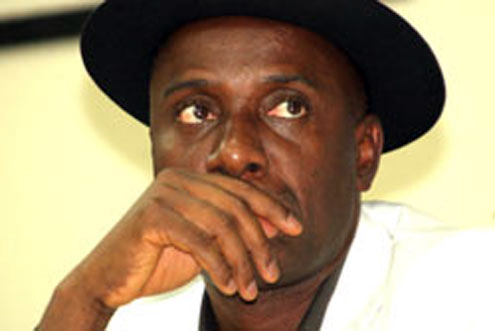 ‘I fasted for 10 months to be governor’ – Amaechi

Governor Rotimi Amaechi blames the federal government and police for the increasing level of insecurity in Rivers State.

In what appears a move to give a lie to the claims by some of his opponents that they made him governor of Rivers State, Rotimi Amaechi, on Wednesday said he got to the position after he fasted and prayed for about 10 months asking Jesus Chris to come down.

Speaking at the Christmas service of the Saint Vincent De Paul Catholic Church in Port Harcourt, the Rivers State capital, Mr. Amaechi said the spiritual exercise he undertook paid off, adding that it was the reason every move made by his traducers to get him out of office had failed.

He assumed office on October 27, 2007 after the Supreme Court ruled that he was the duly nominated candidate of the Peoples Democratic Party, PDP, for the election.

Mr. Amaechi had been enmeshed in political crises with various moves to oust him from office falling flat. The crises culminated in his defection, on November 26, from the PDP to the opposition All Progressives Congress, APC.
“As a government led by me, a government installed by Christ, if anybody tells you he installed me, tell him it is a lie,” Mr. Amaechi said.

“Tell him that I said I prayed for 10 months and I fasted from 6a.m. to 6p.m., calling on Christ to come down and Christ came down mightily and installed me as governor.

“That is why you can see that in the face of human effrontery, I have been able to stand face to face with them and I say I have Christ in me.

He urged his listeners at the service to rise in the same spirit of having Christ in them and confronting their opponents, stressing “You must stand up for Christ because the Bible says faith without work is dead.”

Mr. Amaechi, who is the Chairman of the Nigeria Governors’ Forum, NGF, blamed the Federal Government and the police for the increasing level of insecurity in the state.

According to him, rather than chase criminals away from the state, the police had been shooting innocent residents of the state.

He added, “If the police shoot at you, they are satanic. If government denies you your right to live, that government is satanic.

“All these you may want to attribute to political disagreement in Rivers State; but it is not true. It is simply because of those who lead us in Abuja; because the police is an establishment of the Federal Government and they have refused to curb the excesses of the police.

“Instead of the police to chase away criminals, they are shooting at innocent citizens. Don’t stop at praying. We knew we prayed, but as you pray, you must rise on your feet and confront the challenges of insecurity.”

Time to Worry on Drop in Deepwater Oil Production, By Toyin Akinosho