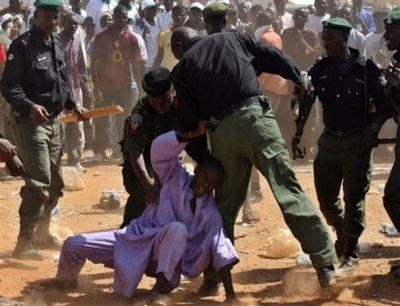 The National Human Rights Commission, NHRC, on Wednesday said it received a petition from a retired Commissioner of Police, Abubakar Tsav over gross human rights abuses in Gboko, Benue State.

Mr. Tsav in his petition accused the police and some other high placed politicians of human rights abuses including murder, connivance with criminals and many others. He expressed concern over an alleged plan to carry out mass burial of corpses in Gboko General Hospital Mortuary without the public knowing the cause of the deaths and reporting same to the coroners for possible inquest.

Mr. Tsav also noted that his concern was an adherence to the rule of law, respect for human rights and sanctity of human life, a desire for a corrupt-free society and fear of God.

He called on the NHRC to take appropriate action on the petition in line with its constitutional responsibilities and requirement.

Mr. Angwe assured the former CP that the commission would carry out a thorough investigation into the allegation to ensure justice prevails.