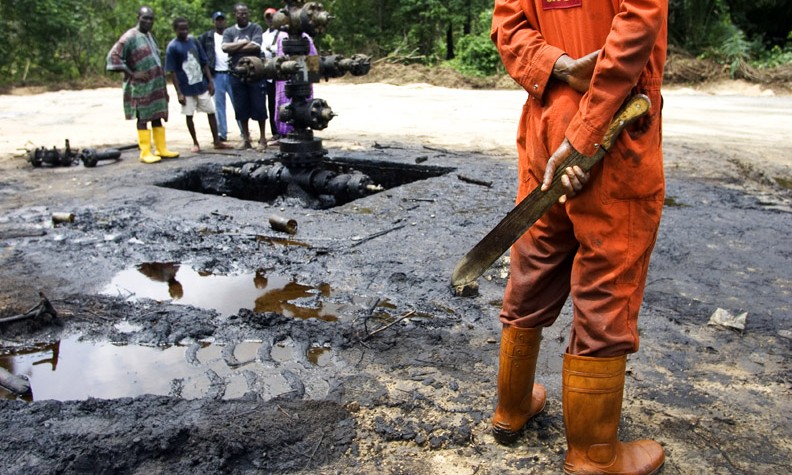 Lack of political will bane of Niger Delta development – Scientist

A Professor of Environmental Engineering & Science, Hilary Inyang, has said that resolving the Niger Delta problems and other environmental challenges was possible with sincere commitment by the government.

Mr. Inyang, who is the latest recipient of the Nigerian National Order of Merit Award for Environmental Science and Technology for 2013, blamed successive administrations in the country for demonstrating a lack of political will and sincerity of purpose to tackle the Niger Delta problems.

Mr. Inyang, who is the incumbent Vice-Chancellor, Botswana International University of Science and Technology, BIUST, was one of ten environmental scientists honoured by the United States government for their technical contributions to science development in the country. 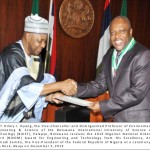 Currently the Chairman of the Africa Science Plans, a distinguished council of experts mandated to implement an agenda for Africa’s development through science and technology, Mr. Inyang was honoured with the award in recognition of his contributions to the development of contaminant containment emission models and systems for reducing environmental and human risks in Nigeria and worldwide using starch from cassava in dust control.

Mr. Inyang, who spoke in an exclusive interview with PREMIUM TIMES in Abuja shortly after the award, said the situation in the Niger Delta was not beyond the massive environmental devastations in Siberia, where, he said, he was able to help develop systems to control the oil spillages.

“Don’t allow anyone deceive you that there are no solutions,” he said. “The Niger Delta problem is not intractable. We have solutions for those issues. We have developed those systems for others, but nobody in Nigeria is serious enough to engage us at the level that is needed to address these problems. Nigeria is not the only country that has crude oil. We have the capacity to do the same in Nigeria.”

Recalling how he helped the Federal Government establish the National Oil Spill Detection and Response Agency, NOSDRA, Mr. Inyang said he worked with the then Obasanjo administration in 1999 to develop the fundamental documents that later metamorphosed into an Act of the National Assembly.

He said he also wrote the country’s oil spill management manual with the support of the United Nations Development Programme, UNDP, to tackle the problem.

“If Obasanjo had listened to my suggestion several years ago, by now the problem of the Niger Delta could have been solved permanently,” the former Vice Chancellor, African University of Science and Technology, AUST, Abuja, said.

“I engaged the Obasanjo administration on the proposal for the Nigerian National Oil Spill Control mechanism, the technical requirements that would deal with the oil spill problem in the Niger Delta. Unfortunately, Obasanjo kept it till he left office a few months after.”

Though he said the Ministry of Niger Delta Affairs had invited him to review the proposal, nothing else has since happened, despite also compiling and submitting a catalogue of about 500 oil spills impacted sites in the region.

Again, he said despite devising a means for screening some of the most dangerously impacted sites, developed the cost and parameters, the concentrations that should be reduced as well as the work plan for each of sites, the Federal Government has continued to sit on their implementation.

He identified the level of science and technology development as the factors that make the difference between countries, pointing out that developing National Development Plans and strategic visions are all a farce for any country without the technological engine to drive the economy.

To address the situation, the environmental engineering expert said that countries’ development was defined by their regulations, policies, technical guidance systems, market incentives for private sector to do well and enforcement, without which, he said, there would be mayhem.

He said he decided to leave the United States, where he established himself, to Botswana to help build science and technology systems in the country, pointing out that his vision was to extend that across southern Africa as a base for changing Africa.

“I am determined to do that (build science and technology systems in Africa),” he said. “I am going to take as many as 200 people from Nigeria. My team is coming to Nigeria to hold meetings with the Petroleum Trust Development Fund, PTDF; Ministry of Foreign Affairs and others, to try to help Nigeria.”

On his days at AUST, he accused top officials of the Nigerian government of interfering in his role in the institution, saying AUST was not prepared to take what he is currently doing in Botswana.

“I have found an enabling circumstance in Botswana. That is why I am there to do what I have to do for some time. I am on a mission to change the developing world. It affects me when I read about the fact that I cannot do in my country what others are begging me to do in their country,” he said.