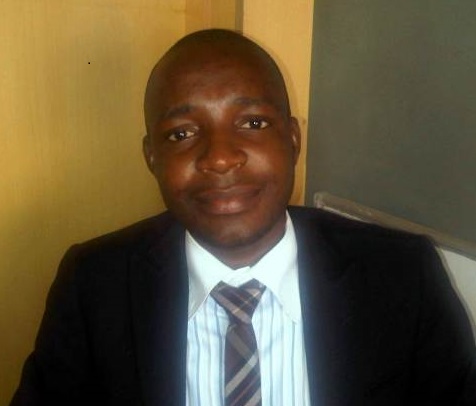 Obasanjo And The Sudden Possession By Mandela’s Spirit, By Adekoya Boladale

Within the last few days I have read various opinions and commentaries on how dearly and urgently our country, Nigeria, needs its own Mandela. These opinions I have cause to believe are borne out of the hunger for change against the putrefying socio-economic and political condition of Nigeria. But in all sense of fairness, I strongly believe God in his infinite mercy has once given Nigeria its own Mandela.

Going through the political history of Nigeria I have had to single out former President Olusegun Obasanjo as the only man ever being so close to the identity of Madiba, only that he for reasons best known to him decided to neglect the dignified path of integrity and social responsibility to pitch tent with maladministration and impunity. The similarities between Nelson Mandela and Okikiola Aremu Obasanjo may not be too straight forward but history has it that Obasanjo once stood for honour and integrity, if not for anything the former president’s letter written to the ‘Iron Lady’ Margaret Thatcher where he minced no words in lambasting the Prime Minister on her stand for continuous apartheid policy in South Africa, is unprecedented. If that is not noticeable then, Obasanjo’s resolve to conduct election and hand over power to a democratically elected civilian government as against advice from military colleagues’ right after the assassination of General Murtala Mohammed – his immediate boss is worth commending. Like Mandela, Obasanjo was imprisoned for political reasons in a similar accusation of planning to overthrow the government. But while Mandela’s incarceration ignited the comradeship spirit, Obasanjo’s detention poisoned his mind against the state he once loved so dearly, this is evident in the way by which both individuals governed their respective countries.

I must confess going through the length of the thought provoking 18-page letter written to President Goodluck Jonathan (JP) by Obasanjo was strenuous but worth it. I am still in a confused state as to who truly wrote that master piece. Was it the same Olusegun Obasanjo under whose watch billions of dollars allocated for the Integrated Power Project developed magical legs? Was it the same Aremu who practically sold various public corporations to himself and his allies? What about the Halliburton Scam, the Siemens bribery scandal, the COJA contract fraud and the illegal sale of oil blocs?

Just to mention but a few. Well it has been established beyond doubt that every man is open to the ever magical wands of change and in a situation such as this, only two things might be responsible. One that Obasanjo has suddenly realized and regretted his actions against the Nigeria state, that by virtue of the death of Nelson Mandela and the outpour of encomiums that followed from friends and foes around the world which to a great extent made London newspaper – The Sun captioned its headline as ‘The World President Is dead’, it has become obvious to the Balogun of Owu kingdom that life can be truly lived and respect earned in death if such life was lived for love, integrity and service to humanity. Mandela’s death may have triggered a sleeping cell in the former President’s brain that he is long past the biblical guaranteed age of seventy, hence it is only a matter of time before he embarks on a journey to the great beyond to give account of how he lived his life to his creator, therefore his resolve to make amends for his transgressions.

Secondly, his sudden patriotism may have been triggered by the non-relevant state the present political situation in the PDP might have placed him and his inability to command adequate respect and control from the political party he helped built from scratch.

Beyond the speculations however, I would advise we focus on the message and not the messenger afterall it is often said that ‘from the lips of a madman, words of wisdom sometimes are spoken’. Obasanjo’s letter has revealed the level of madness and economy sabotage going on in the presidency all for the fulfillment of selfish aggrandizements. The grand knighting of corruption against transparency slaughtered on the altar of integrity and good governance; the satanic trade of election and electoral process by the President and Bola Tinubu in 2011 even before the election was held has shown that the electioneering process in Nigeria is a smokescreen displayed only to suit bureaucracy, while the major process of electing public office holders have been resolved over a glass of wine with adequate funds exchanging hands. This is unacceptable. The lackadaisical attitude of the President to burning insecurity problems in the country under the pretence of attending national affairs abroad gives credence to the insinuation that the president/presidency enjoys and profit immensely from the daily unchecked insurgent activities in the North and the unending pirate activities on our coastal waters, hence the tales of oil theft.

Obasanjo may have stated the obvious on the issue of specially trained killer squad to ‘clear’ any individual standing as obstacles to the emergence of the president in 2015. Recent activities of the presidency, one of which is the sudden spy project on Nigerians’ internet communication, is an indication that a witch-hunting process has begun.  But never has it crossed my imagination that the president could, as Obasanjo claimed, hire the service of a murderous generational assassin in person of Al-Mustapha to lead the pact not to talk of securing his unceremonious release against justice and the crying blood of Kudirat Abiola pleading heavily for vengeance. Again I start to wonder how the release of Al-Mustapha could have been possible without an agreement with the Lagos State Government, the applicant. Or is this one of the scripted agreement reached by President Jonathan and Bola Tinubu on that fateful night in 2011 as terms for mutual understanding? This question is mind-boggling especially with the sudden withdrawal of the appeal against the judgment by the Lagos State Government. Can we then say that this injustice is a matter of ‘permanent interest’ between the PDP and APC?

Undoubtedly President Jonathan has abused the colonial concept of divide and rule. A despicable system of pitching one tribe or region against another to achieve a selfish aim while leaving the tribes to blame each other for woes they unconsciously know nothing about is evident in the Stellagate Vs Nigeria case. Where some section of the country where made to believe the call for prosecution of the rogue minister was due to her ethnic affiliation. The tales of Fuel Subsidy scam connected to Alison Madueke and acclaimed everyday accusation of witch-hunting the President because of his minority-ethnic colouration as against his perpetual inability to bring to realization his so much publicized and celebrated transformation agenda is a ‘blazing sword’. Obasanjo should be praised for bringing to urgent attention the danger associated with this thriving activities and his fear of another civil war was evidently established as it is only a matter of time before other regions begin to clone their own Asari Dokubo.

The presidency must come forth as a matter of urgency bringing evidences and facts as to the whereabouts of the missing 8trillion naira not remitted to the Central Bank of Nigeria (CBN) by the NNPC; a corporation under the direct nose of the president. If this accusation is true then there is an immediate need for Mr. President to order the arrest of the Minister of Petroleum, Minister of finance, Directors of NNPC and every known associates to the scandal while their trial should be aired live on media platforms. Doing otherwise will concretize the speculations that Mr. President has not just knighted corruption and gratification but has successfully imbibed the spirit of embezzlement as a daily appetizer in running the affairs of the country. This is a fear too dreadful to imagine.

What more can bring to the quick down fall of a man other than selfish and evil laced advice from aides and kins which he speedily put into action without a second thought? Sincerely I do not and still find it hard to fathom what manner of advice the president can get from the likes of Dr. Doyin Okupe, Reno Omokri, Ahmed Gulak, Reuben Abati, Oronto Douglas others than ones full of deception and fabricated lies programmed to tickle the ear drum of the president. The known adage of show me your friend and I will tell you who are, readily comes into play here when the president neglects experts and patriotic Nigerians who are never afraid to speak the truth and opt for political jobbers who only decorate chairs and cash-in favours from the presidency.

President Olusegun Obasanjo has stated not just the obvious but the core problems our country and the president is facing. I see this as a friendly and blunt advice coming from a man who stuck out his neck for the emergence of Goodluck Jonathan. The motive I cannot say but in all sense of fairness it is a food for thought. President Jonathan can still make history if he so wishes and rewrite his legacy by considering and acting on the recommendations raised in the letter and the ones every other scholar and social critics have raised over the past years.

Finally, it is disturbing seeing Obasanjo render advice on good governance to the presidency when he once had the opportunity to hold that sacred position but neglected the course of integrity and transparency. I want to believe Obasanjo has changed and now born again. I want to believe he has found redemption through the death of Mandela; I want to believe he is a new creation and ready to spend the last few moments of his life to change the decades of maladministration he helped established. But how far can Obasanjo go? Is it just going to start and end on an eighteen-page letter or is the president ready to go further on the street of Lagos and in the parks of Wuse to confront this beast? Will Obasanjo in the next coming week(s) lead as Mandela did a titanic march against impunity shouting ‘E Soweto, E Africa’? Well only time can tell.

Adekoya Boladale a political scientist is the Convener, Advocacy for Better Leadership (ABEL), an alumnus of the Political Leadership Academy (POLA) wrote via adekoyaboladale@gmail.com. Please engage him on twitter @adekoyabee