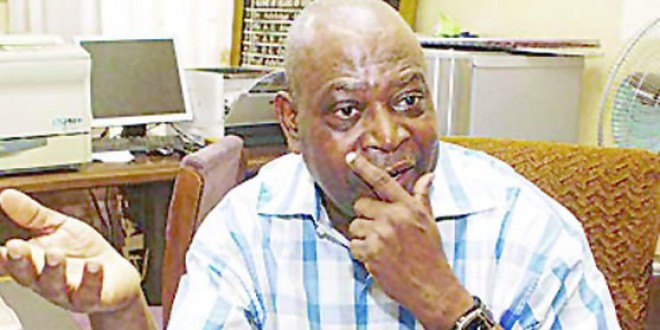 Members of the Academic Staff Union of Universities on Wednesday eulogised the late Professor Festus Iyayi, describing him as a model for the struggle for the emaciation of the country.

The ASUU Chairman, University of Ilorin, Taiwo Oloruntola-Ojo, said in Benin that “we are devoting today to celebrate a man who has inspired many.

“The death of Iyayi will not stop the struggle to improve our education sector and other sectors of the country.”

A former ASUU President, Asisi Asobie, said: “Festus used to say Nigeria was not worth dying for, but he revised the statement because he died for Nigeria.

“Like late Festus, we must not concentrate on fighting for our immediate needs only,’’ Mr. Asobie said.

The University of Benin ASUU Chairman, Anthony Monye-Emina, said: “our hero has fallen and we must build on his struggles.

“It is a challenge to all of us to rededicate ourselves to ASUU struggle.’’

The President, Nigerian Medical Association, Osahon Enabulele, said the deceased did not die in vain, but left behind a call to Nigerians to “stand for what is right.”

“He lived a good and exemplary life. We have lost an international icon. His death presents an opportunity to take the struggle to a higher level,” Mr. Enabulele said.

In his tribute, Favour Osifo, President, UNIBEN Student Union Government, described the deceased as a “wonderful lecturer’’ who was full of great words and advises to students.

“He was not just an ASUU leader; he was also the National Association of Nigeria Students leader.

“He was a true democrat and his exit will leave a great vacuum in our hearts, we cannot but support his virtues,’’ Mr. Osifo said.

Also, the Vice Chancellor, University of Ibadan (UI), Isaac Adewole, during a candle light procession, described the deceased as a “gentleman personified.”

Mr. Adewole said the late professor was committed not only to the development of education in Nigeria, but toward good living standards of Nigerians.

He charged ASUU members nationwide to ensure that the dreams of Mr. Iyayi be made to come true.

A former National President of ASUU, Sola Olukunle, described the deceased as a man of peace whose peace mission was based on reasonable principles.

“Therefore, it will be a great disservice if the current struggle is subdued and disallowed to reach logical conclusion as intended by the late ASUU leader,” Mr. Olukunle said.

The ASUU Chairman in UI, Segun Ajiboye, said the event was organised not to mourn Mr. Iyayi, but to mobilise members toward pursuing the struggle to the logical conclusion.

Mr. Ajiboye commended Nigerians for their support since the struggle began, adding that the strike would soon end.

Mr. Iyayi died on November 12 in a motor accident in Lokoja, Kogi State.