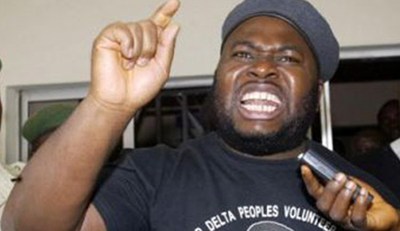 The Bayelsa State Government has said that it would train 250 youth from the state on automobile technology, cinematography, photography and design.

Governor Seriake Dickson said this in Yenagoa at a reception for 200 Bayelsa graduands of a six- month agricultural training programme at the Songhai Integrated System, Cotonou, Benin Republic.

The proposed training programme, which would also include ICT skills, would be held at the Amachree Royal Academy, Benin Republic owned by ex-militant leader, Mujahid Dokubo-Asari.

Mr. Dokubo-Asari, who was recently detained in Benin Republic, has other thriving businesses in Benin apart from the academy. A staunch supporter of President Goodluck Jonathan, the former armed militia leader is an indigene of neighbouring Rivers State.

At the event, which also doubled as a send-off orientation for the 250 youth going on the vocational training, Mr. Dickson said his administration was committed to youth empowerment.

Represented by his deputy, John Jonah, Mr. Dickson said that training the youth in agriculture would help realise his administration’s vision of ensuring food security for the state.

He said that the youth, upon completion of their training, would be engaged in aqua-culture and cassava production.

“We have said severally that agriculture is the main employer of labour. We have the Burma farm and similar ones that we are trying to resuscitate”, Mr. Dickson said.

According to him, only a private sector – driven economy can provide enough employment opportunities for the populace.

He said that it behoves on government to create the enabling environment for wealth creation and creation of job opportunities.

Addressing the 250 youths being sent-off, the governor charged them to take their training serious.

The Bayelsa State Commissioner for Agriculture, Thomas Commander, congratulated the graduates for the successful completion of the programme in spite of some challenges.

He expressed the state government’s desire to engage some of the graduands, while those who intend to be self-reliant, would be encouraged and supported by the government.

Also speaking, the State Commissioner for Science and Technology, Parkinson MacManuel, said the 250 trainees would depart for Benin Republic on December 1.

One of the beneficiaries, Neinein Ekpebu, thanked the state government for finding them worthy for the training programme.

He said the training would make them productive and contribute more to the larger society.

INVESTIGATION: How NYSC extorts billions of Naira from corps members