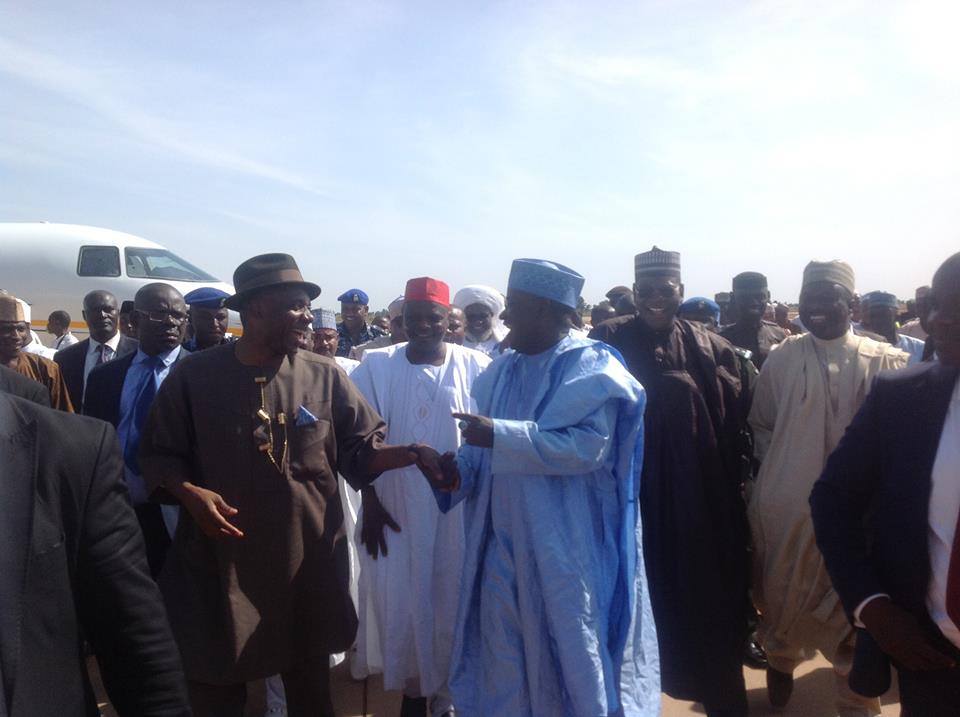 Inauguration akin to a political gathering.

In what could be described as a get-together of political groups opposed to the ruling Peoples Democratic Party, PDP, former Head of State, Muhammadu Buhari;former Vice President, Atiku Abubakar; All Progressives Congress, APC, chieftain, Bola Tinubu; New PDP national chairman, Kawu Baraje, and his APC counterpart, Bisi Akande, were in Sokoto on Tuesday for the inauguration of the Sokoto State University.

The school was inaugurated by another former Head of State, Abdulsalami Abubakar.

Mr. Abdulsalami, who later visited the palace of the Sultan of Sokoto, Sa’ad Abubakar III, stressed the need for peaceful coexistence amongst all classes of people.

“Peaceful coexistence is an important ingredient and basis for development,” he said.

Other speakers, such as Messrs. Amaechi and Atiku, spoke on the importance of education to the nation’s development.

The Sultan assured his guests that the Sultanate would not allow the University to close on strike, even for an hour.

The Speaker of the House of Representatives, Aminu Tambuwal, who led members of the National Assembly from the state, commended the state Governor, Aliyu Wamakko, on the University, which is situated at Madorawa, along Airport Road in the city.

Mr. Wamakko, however, took a swipe at critics of the projects who considered it a white elephant, saying, “Today, by the grace of God, we are here to celebrate what some people were pessimistic about.”

Those who also attended the occasion included Emirs of Zurmi, Kwatarkwashi, Maradun, Bakura, Tsafe, Bukkuyyun and Maru from Zamfara state; Emirs of Gwandu and Argungu, Kebbi State: Samaila Mera and Bashir Iliyasu; as well as the Chancellor of the University, the Emir of Dutse, Nuhu Sanusi.