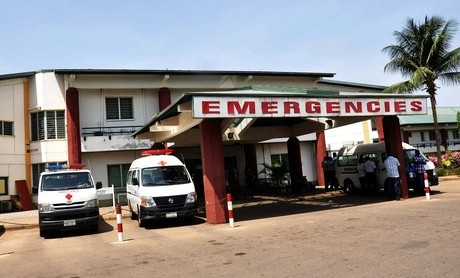 The doctors had been on strike since October 1.

The National Association of Resident Doctors (NARD) on Thursday announced the suspension of its more than three-week-old nationwide strike.

The President of the association, Jibril Abdullahi, said this to the News Agency of Nigeria in an interview.

He said that the strike was suspended following a meeting by National Executive Council of NARD in Abuja on October 24.

He said a Memorandum of Understanding on the suspension of the strike was signed at a meeting between the leadership of the doctors and representatives of the Federal Government,

He said that it was agreed that the issues in contention would be looked into and implemented as soon as possible.

“Our leaders will go back to their places and inform their members of decisions arrived at and work will resume as soon as possible,” he said.

The News Agency of Nigeria (NAN) reports that the strike started on October1 and meetings had been held between NARD and the Federal Government with a view to resolving the issues at stake.

The doctors went on strike over the non-payment of arrears of salaries of some doctors for over four months under the Integrated Personnel and Payroll Information System (IPPIS) arrangement.

Other issues in contention were the training and retraining of resident doctors and the implementation of the Consolidated Medical Salary Structure (CONMESS) at the Enugu State University Teaching Hospital.